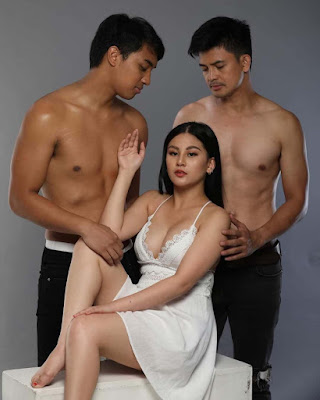 A beautiful young woman just got married, but despite having a hunk for a husband, she hooks up with another man.  Not once, but over and over again.
Silab, a film by Joel Lamangan, tells this gripping story of people who play with fire.  As if it is not bad enough that Ana is having an illicit affair, she even does it with her husband’s best friend. What makes her tread this sinful path?  What fuels her burning desire, is it love or lust?
Rod seems genuinely happy when Emil finally settles down. After the wedding, Emil invites him to stay a bit more and even suggests a partnership with him in a small farming venture. This shows how much Emil trusts Rod. The two even swore that nothing can ruin their friendship.  What happens when Emil finds out that his best friend has the hots for his wife? 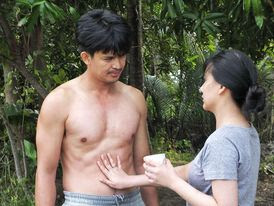 On July 9, 2021, know the answers to these questions when Silab premieres on Vivamax. Don’t miss this chance to see this collaboration among talented artists, Gawad Urian Best Actor Jason Abalos (for the 2007 movie, “Endo”), former Belladonnas member and beauty titlist Cloe Barreto (Miss Teen Earth Philippines 2015) and Austria-born singer-actor Marco Gomez (from the boy group Clique 5.)
This red-hot drama is the launching movie of Cloe Barreto who has been praised by director Lamangan for losing all her inhibitions to effectively portray the role of Ana.  Because of this, Lamangan likened Cloe to Jaclyn Jose when the latter starred in the movie, “Private Show”. 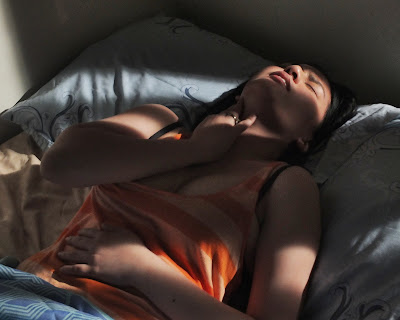 In various interviews, Cloe did not deny that her daring scenes were difficult, but she gave it her all because she knew that that was expected of her. She is glad that her launching movie paired her with her long-time crush Jason Abalos who plays her husband Emil, and Marco, who is from the same management, 3:16 Media Network.
Marco, who plays Rod, shared that he and Cloe agreed to do the scenes exactly the way Direk Joel instructed them to so that all scenes can be finished in one take. Needless to say, every steamy scene is integral to the film’s narrative, but Marco also points out that the story “has something sinister about it”. Anyone who watches the trailer can see what Marco is talking about.  The dialogue exchange between Chanda Romero, who plays the mother of Ana, and Cloe, adds intrigue to the movie.
Silab is written by multi-awarded scriptwriter Raquel Villavicencio (“Ikaw Pa Lang ang Minahal”, “Pinulot Ka Lang sa Lupa”, “Dapat Ka Bang Mahalin”, “Batch 81”, and “Kisap Mata”.) Shot in Lian, Batangas, and Pampanga, it also boasts of superb cinematography.  The supporting cast includes Lotlot de Leon and veteran actor Jim Pebanco. 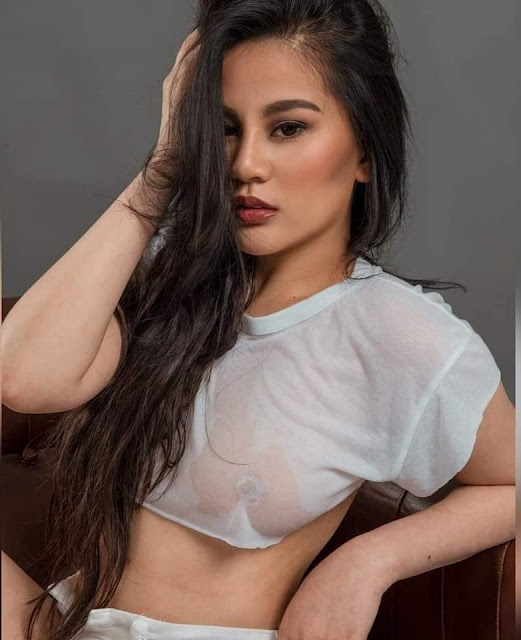 Stream Silab this July on Vivamax, available online at web.vivamax.net. You can also download the app and subscribe via Google Play Store and App Store.
Watch all you can on Vivamax for only P149/month and P399 for 3 months for bigger savings.  Take advantage of the special rate of P29 for 3 days access of Vivamax to enjoy Silab over and over again, and other steamy movies by Joel Lamangan, such as “Warat”, “Ang Huling Birhen sa Lupa”, “Bulaklak ng Maynila”, “Hindi Tayo Pwede”, and more.
For payment thru website, you may choose from EC Pay, 7 Eleven, All Day, All Day, Pay Mongo, GrabPay, GCash, or PayMaya.  For payment thru app, you may choose from Globe, Smart, GCash, Paypal, Visa, or Mastercard.  For payment thru Ecommerce, you may choose from Lazada, Shopee, Comworks, Clickstore, or Paymaya.  For payment thru authorized outlets, you may choose from Load Manna, Comworks, Cebuana Lhuillier, Palawan Express, and Load Central.  VivaMax’s cable partners are SkyCable, Cable Link, Wesfardell Connect, Fiber, BCTVI, Cebu Cable, Zenergy HD, Cotabato Cable Television Network Corporation, and Concepcion Pay TV Network, Inc.
Silab is also streaming on Vivamax Middle East! To our dear fellow Pinoys in UAE, Saudi Arabia, Kuwait, Oman, Bahrain, and Qatar, watch all you can for only AED35/month.  Vivamax, atin ‘to!
Cloe Barreto Press Release Silab VivaMax