Netflix unveils official trailer and poster for My Amanda 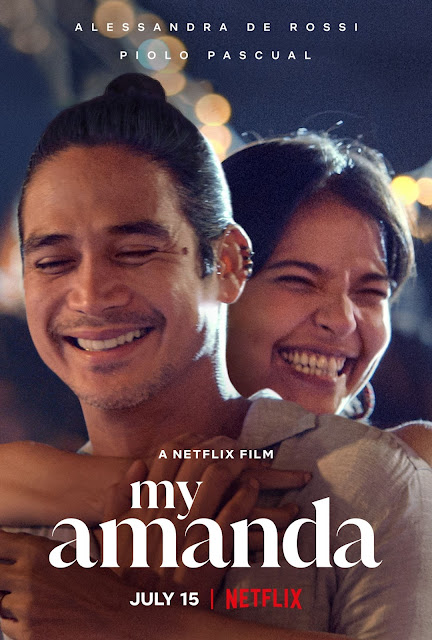 Netflix today unveiled the official trailer and poster for My Amanda, a film starring Alessandra de Rossi and Piolo Pascual. The main poster shows Amanda tightly hugging TJ from behind. Both have big smiles on their faces. Netflix also revealed an alternative poster where Amanda is holding TJ’s gaze as she keeps a lighter between them.

In the trailer, we hear TJ’s (Piolo Pascual) voice-over talking about a special someone as we see sweet moments of him with Amanda (Alessandra de Rossi). Amanda’s lola gives a hint that they’re perfect for each other but TJ tells her that Amanda is like a sister. While enjoying the outdoors, Amanda asks TJ straightforwardly if he has feelings for her. He says yes but then jokingly teases her even more. The trailer shows a glimpse of their other relationships and heart-to-heart talk. It ends showing two hands intertwined pointing to the stars.

My Amanda marks the directorial debut of Alessandra de Rossi, while Piolo Pascual co-produced. It premieres globally on July 15, only on Netflix.

Two unusually close friends share every aspect of their lives together. As their lives evolve, their bond remains the only constant.