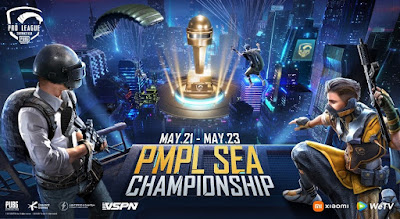 16 Teams Are Ready To Battle for a chance to win the championship.

The PUBG MOBILE PRO LEAGUE continues to make waves in the esports scene as the highly anticipated PUBG MOBILE PRO LEAGUE SEA CHAMPIONSHIP SEASON 3 (PMPL SEA Championship S3) is happening this weekend, culminating on May 23, 2021. WeTV is the official media partner of the event and will be livestreaming the tournament from 5PM onwards.

Demigod Incognito will represent the Philippines in the PMPL SEA Championship S3, competing with representatives from Vietnam, Indonesia and Thailand, the PMPL SEA Season 2 champions, and three winning teams from the PMCO SEA Wild Card for a total prize pool of USD $150,000. Meanwhile, the top two teams will automatically secure a slot in the SEA Championship Season 4.      `

The following  teams have qualified for the PMPL SEA Championship S3:

The 16 teams will battle it out for the champion title of the PMPL SEA Championship S3 in 18 rounds over the 3-day tournament. You can livestream the tournament and cheer on the Philippine team on WeTV for free this weekend. PUBG MOBILE fans can download the app and watch the livestream for a chance to get PUBG mobile skins and win prizes through a Viewer Milestone Giveaway. The more views achieved by the fans, the higher the chance to win more prizes. 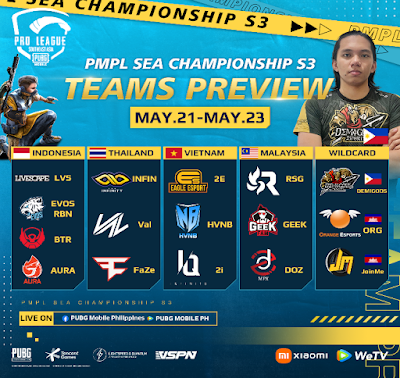 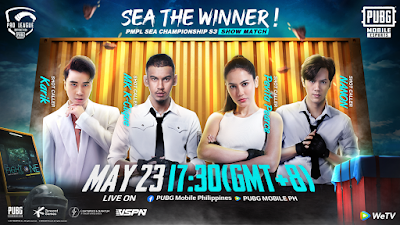 The PUBG Mobile Club Open SEA Wild Card drew to a successful close after 12 grueling rounds of battles between 16 teams. Demigod Incognito secured a hard-won first place, and will move on to represent the Philippines at the PMPL SEA Championship Season 3 . 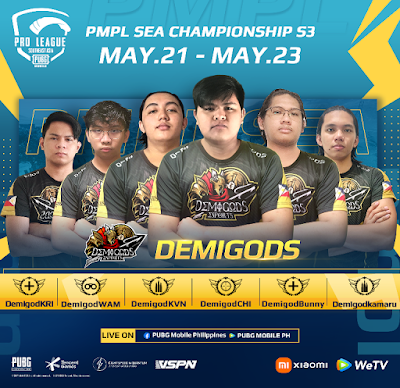 The PMPL SEA Championship S3 is organized by VSPN, and fully supported by Xiaomi as the official Smartphone Sponsor and WeTV as the official Media Partner. Xiaomi, a Fortune Global 500 company, is currently the world’s third-largest smartphone brand and has established the world's largest consumer IoT platform with presence in more than 90 countries around the world. Hosting premium live stream rights, WeTV is an international video streaming website owned by Tencent which was launched in 2018 and currently has more than 90 million subscribers across Southeast Asia.

PUBG MOBILE is based on PLAYERUNKNOWN’S BATTLEGROUNDS, the phenomenon that took the world of interactive entertainment by storm in 2017. Up to 100 players parachute onto a remote island to battle in a winner-takes-all showdown. Players must locate and scavenge their own weapons, vehicles and supplies, and defeat every player in a visually and tactically rich battleground that forces players into a shrinking play zone. For more information, please visit the official PUBG MOBILE accounts on Facebook, Twitter and YouTube.