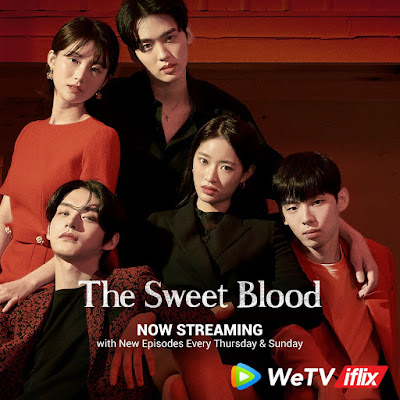 Manila (April 13, 2021) – It’s time to bring on the drama and the intrigue to add a bit of spice to our daily streaming habits. WeTV and iflix more than deliver on both counts with two K-Dramas that will have you hooked with all the characters’ hidden secrets and complicated lives. Time to settle in, press play and let the drama begin.

At the center of this supernatural fantasy romance is Yeon seo – beautiful, popular, and a recent high school graduate. She is also 118 years old and half-vampire. With a human mother and a vampire father, she was born with vampire abilities, but her only desire is to live an ordinary human life. Now the question is, will her future be decided by her instincts or by her heart.

The series is based on the web toon Sweet Girl, written by the duo of Nalchi and S. The show features a cast of up and coming young actors, and is direct by Ha Han Me. 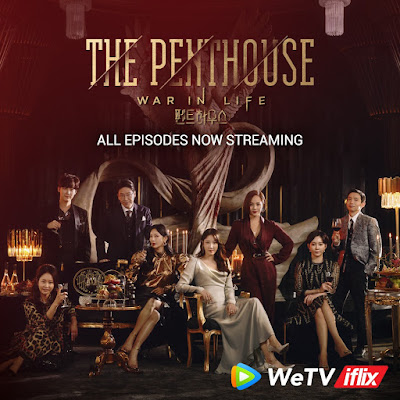 Here is a tale of how ambition, success and money can both build and destroy lives. Penthouse revolves around the lives of the wealthy families living in Hera Palace and their children studying at prestigious Cheong-ah Arts School.

Shim Su-ryeon (Lee Ji-ah) is an elegant, wealthy woman with a tragic past. Her husband Joo Dan-tae (Uhm Ki-joon), is a prominent businessman with secrets he hopes will remain hidden. As a power couple, Shim Su-ryeon is considered to be the “Queen of the Penthouse.” On the other hand, Cheon Seo Jin, called the prima donna of the residence, is devoted to making sure she provides her daughter with all the best life has to offer.

Binge watch all episodes of Penthouse: War In Life on WeTV, with new episodes coming soon.