Love makes us think the impossible is possible. Love brings us to places we never imagined. LOVE IS A TRIP. And it’s one wild and mysterious love trip in Yam Laranas’ Vivamax Original movie, DEATH OF A GIRLFRIEND.

When Christine (AJ Raval) did not show up to her usual walk to school, her boyfriend Alonzo (Diego Loyzaga) becomes worried and realizes that something is not right. He sees two suspicious people running out of the woods, and Alonzo immediately reports them to the police.

The two prime suspects – a forest ranger, and a drug-dealing farmer, are interrogated by the police for the rape and murder of Christine. They will tell their side of the story up to the events that lead to the discovery of Christine’s body in the woods. The police will also interrogate Alonzo about his relationship with Christine, and how the two suspects always get in their way.

DEATH OF A GIRLFRIEND is the latest movie from Yam Laranas, the director of award-winning thrillers and horror films such as ‘SIGAW’ and ‘AURORA’. This time, he delves into the genre of mystery-love story and casts Diego Loyzaga and AJ Raval, two promising actors of today, for the lead roles. This is their first movie team-up and aside from the intriguing plot, their on-screen chemistry is also something to look forward to. 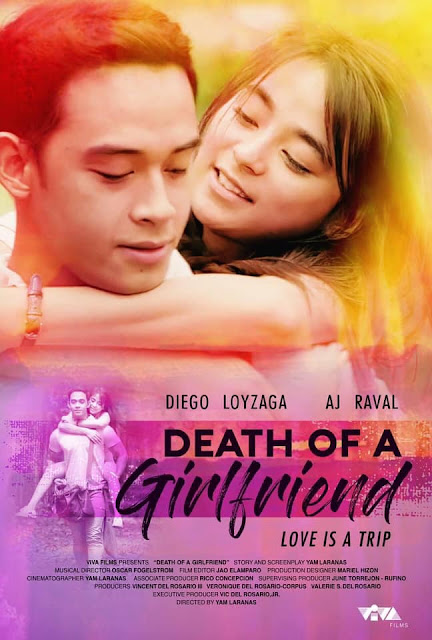 Catch the thrilling love trip in DEATH OF A GIRLFRIEND this April 30 on its worldwide premiere on ktx.ph, iWantTFC, TFC IPTV, SKY PPV for P250 and on Vivamax. Vivamax is available online at web.vivamax.net. You can also download the app and subscribe via Google Play Store and App Store or get your Vivamax vouchers on Shopee and Lazada. Watch all you can on Vivamax for only P149/month. Vivamax, atin ‘to!