February 26, 2021 - Following the release of five character posters, Netflix has revealed a new trailer for Love Alarm Season 2. Love Alarm is set in a world where a mobile app can tell individuals if someone they like or if someone who likes them is within a 10-meter radius. 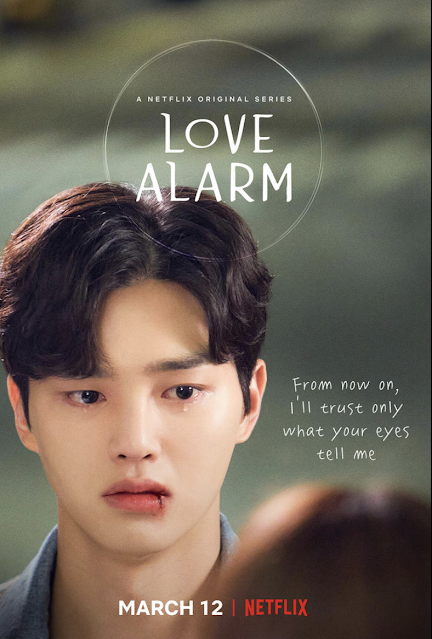 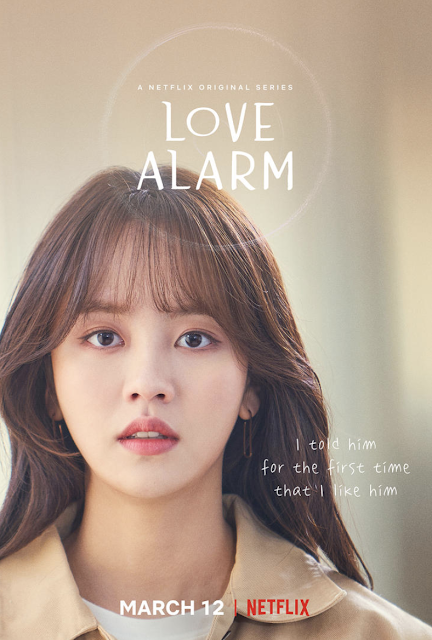 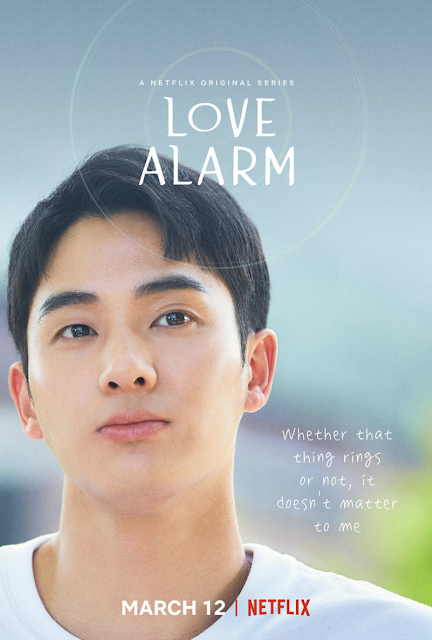 The trailer opens with Jo-jo (Kim So-hyun) narrating, “In this world, you must ring an alarm when you like someone.” Jo-jo, who is dating Hye-yeong (Jung Ga-ram), still concerns herself with the Love Alarm app despite hers not ringing. Sun-oh (Song Kang) appears with a poker face and stares at someone. Though Jo-jo is with Hye-yeong, she cannot hide her complicated feelings for him. Sun-oh’s words and actions further complicate the situation. “From now on, I’ll trust only what your eyes tell me,” Sun-oh proclaims to Jo-jo before kissing her.

Following more emotional scenes, it becomes clear that both Hye-young and Sun-oh want to convey their true love for her. The trailer comes to a touching end with Jo-jo’s narration: “Who do I love now?” The love triangle among two men and a woman who want to confirm each other’s true feelings will unfold in this season.

The first season of Love Alarm is available to watch now, and the second season will be released on March 12, exclusively on Netflix.