After almost forty years, Golden Haven Memorial Parks has distinguished itself as a leading name in the Philippine deathcare industry. With over thirty locations nationwide in its portfolio, and more in the pipeline, Golden Haven has likewise gained acclaim for developing the most beautiful memorial parks in the country. 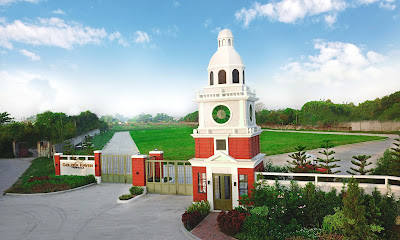 It is a well-deserved recognition. Golden Haven’s parks showcase the finest architectural designs from the most iconic places around the globe, seamlessly blending these with the natural, scenic beauty of Philippine landscapes. Apart from giving meaningful tribute to the dearly departed, Golden Haven Memorial Parks feature wonderful, serene spaces that inspire the living to create new and exciting memories with each other. 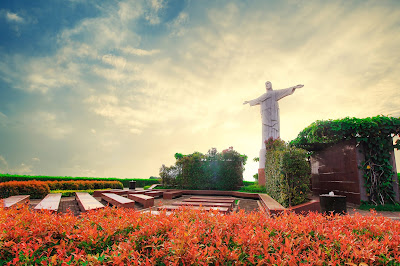 Golden Haven recreates some of the most iconic sights and places around the world. Replica of Christ the Redeemer at Golden Haven CDO.

For one, Golden Haven Memorial Parks rises above the rest by serving as a ‘portal’ to some of the world’s best-known destinations, crafting a truly unique experience for Filipinos with every visit. In fact, Golden Haven recreates some of the most iconic sights and places around the world. This can be seen in the very first Golden Haven Memorial Park in Las Piñas, which evokes the grandeur and traditions of the Spanish colonial period. To honor the Philippines’ deep Catholic roots, a huge statue of Pope John Paul II overlooks the entire expanse.

Golden Haven in Bulacan, meanwhile, takes inspiration from Brazil’s famed Amazon rainforest. Visitors are greeted by the park’s colorful and grand Majestic Gate, which depicts the wildlife and the stunning flora and fauna that the Amazon is known for. Visitors are then led to the Jardin Tropicale, which conjures up the exotic natural beauty of the Amazon. 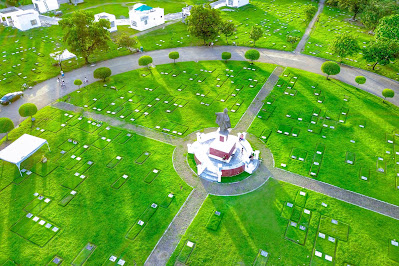 Golden Haven’s locations in the Visayas display their own unique attractions. The park in Cebu is a mountaintop sanctuary that combines elements from Chinese traditions with Spanish-inspired architecture. Meanwhile, Golden Haven in Iloilo features the Gardens of America that sustains the theme of incorporating natural beauty with clever man-made design.

Not to be outdone, Golden Haven’s parks in Mindanao offer glimpses of the carefree Meditteranean to its visitors. In the northern half of the island, Golden Haven combines the majesty of the Italian peninsula with the spectacular landscapes of California. It’s a charming mix of cultures that inspires contemplative moods in all that see it. 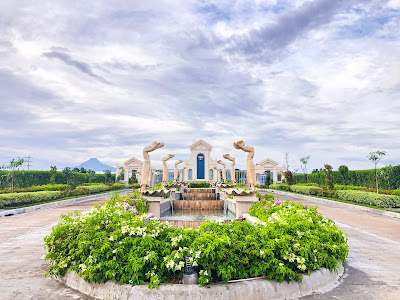 In the south part, meanwhile, are attractions and amenities that draw the world’s beauty into close proximity. Enclaves and gardens such as the Japanese Zen, California Missions, Gardens of America, Papal Garden, Tuscan Hills, Moroccan Tapestry, Victorian Secret, French Royale, and Spanish Courtyard create wonderful new worlds within the boundaries of each memorial park.

All these have distinguished Golden Haven as the ideal choice for families looking to honor their loved ones who have passed. Its remarkable drive to push the boundaries of what a memorial park can offer has also made it a stable and secure company to invest in even for “mga bagong bayani” OFWs. To date, Golden Haven has shown a value appreciation of over 20% annually, making it the most successful developer of memorial parks anywhere in the country. Golden Haven makes investing in memorial properties easier than ever by allowing potential investors to make reservations and payments online.

Red Rosales, COO of Golden Haven, proudly affirms this and assures Filipinos of their steadfast commitment to developing beautiful spaces in the coming years. “At Golden Haven, we take our obligations to the departed—and their surviving families—quite seriously,” says Rosales. “This explains why our parks will always serve as places for both peaceful reflection and renewed joy and celebration.”

Golden Haven is a subsidiary of publicly listed Golden MV Holdings Inc., currently positioned as one of the largest real estate companies in the country in terms of market capitalization valued at more than 200 billion pesos.