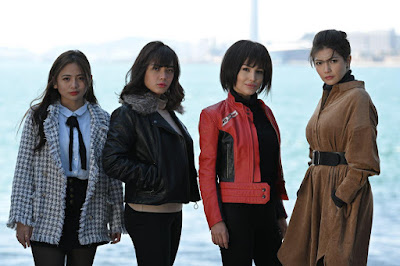 They say that “Diamonds are a girl’s best friend”. But one diamond could actually mean death for some girls.

Three Filipinas living in Japan become friends at a weekend Filipino gathering in Kitakyushu, Fukuoka. Hiyasmin Macaraig (Meg Imperial), who chose to stay in Japan after the restaurant she was working at closed, works different odd jobs to provide for her family in the Philippines. Cynthia Mae Valdes or CM (Ella Cruz) is an English Tutor. When her work contract ended, she also decided to stay in Japan to provide for her jobless live-in partner and their kid. While Mitch Sarmiento (Jennifer Lee) is a Masteral student in Kitakyushu. She’s bright, but she got herself into gambling, as a way to relieve stress from her academics and her recent heart break. 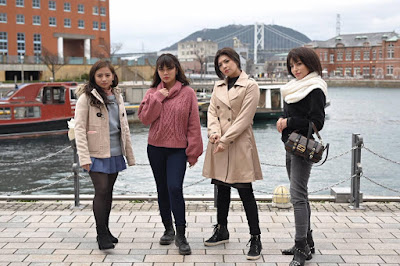 Through one of their weekend gatherings, the three girls met a mysterious Filipina named Platinum (Nathalie Hart), who proposed a hard-to-resist scheme to them: steal money from her abusive, illegal peddler Japanese husband, Tanaka (Guji Lorenzana). The girls, needing money badly for different reasons, agreed with the scheme. Platinum provided all the details they need, and they easily stole a bag full of money from Tanaka’s henchman. Everything was going smoothly, until they opened the bag and found that there was no money in it. Inside the bag was just junk and one enormous diamond. From there, everything went downhill for the girls as they deal with betrayal, deadly gang members hunting them down and trying to keep the diamond for themselves.

From the director of “Hanggang Kailan” and “I Found My Heart in Santa Fe”, Bona Fajardo once again brings on-screen a unique story and unique location. Shot entirely in the city of Kitakyushu in Fukuoka, Japan, STEAL shows the quaint and modern charm of the city. 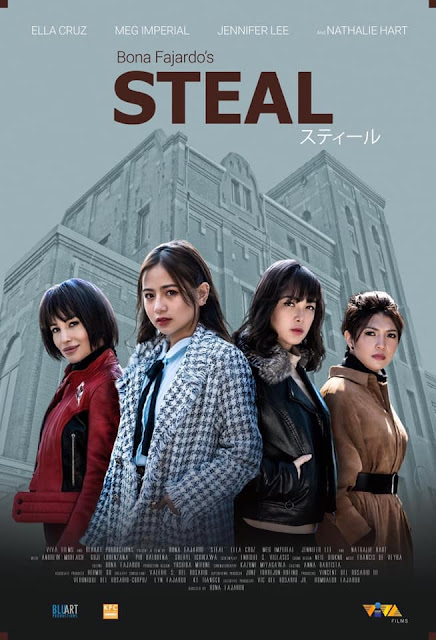 Catch the thrill as STEAL opens in cinemas on January 22.