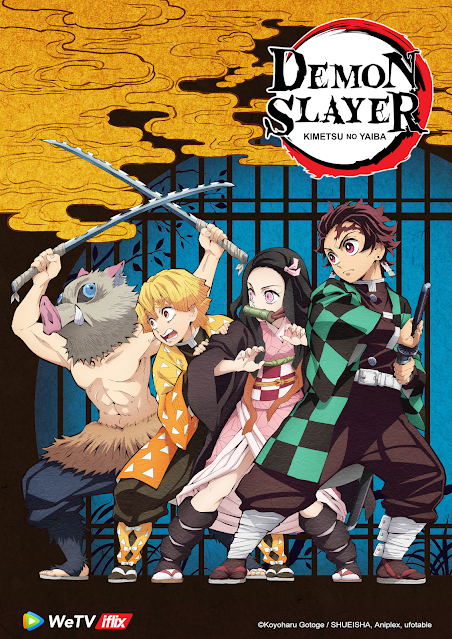 Manila (January 22, 2020) – WeTV is starting 2021 strong with yet another fan favorite anime series premiering this month. The popular Shonen anime series Demon Slayer: Kimetsu No Yaiba combines fantasy and adventure with strong and fiercely loyal characters who you can root for from one episode to the next.

Based on the Japanese manga series, written and illustrated by Koyoharu Gotōge, Demon Slayer: Kimetsu no Yaiba follows the story of Tanjiro Kamado, a young boy whose life changes after a tragic event.

For many years, stories of monsters lurking in the darkness were commonplace in the small village where Tanjiro lives. There were also stories of an elite group of skilled assasins who hunt these creatures down.

One day, after heading into town to sell a bit of charcoal, Tanjiro returns to find his family slaughtered. Only his sister Nezuko has survived.  He later discovers that she is slowly turning into demon as well. This sets him on the path towards becoming a demon slayer – to avenge his family and find a cure for Nezuko.

Stream all episodes of Demon Slayer: Kumetsu No Yaiba on WeTV.