Out of the net and into the surf 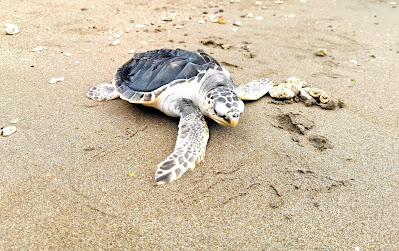 A real-world turtle tale borne out of Hamilo Coast’s conservation efforts to protect marine wildlife. On one early November Sunday morning, an olive ridley turtle (lepidochelys olivacea) that accidentally got entangled in the snares of a fisherman’s net was turned over to Hamilo Coast’s Sustainability Team. Named for the olive color of its heart-shaped carapace, olive ridley sea turtles contribute to the health of coral reefs, which is the first line of defense against storm surges.

Later that same day, after some recovery time from the stressful experience, the albeit healthy 1.5-foot long juvenile olive ridley turtle safely was released as it flippered its way through the warm sands of Pico Beach towards the cerulean waters of the West Philippine Sea.

The turtle release was spearheaded by Jan Catherine Sy, a staunch animal welfare advocate and eldest daughter of the Chairman of SM Prime Henry Sy, Jr., accompanied by the Chairman’s wife, Jasmin T. Sy. Consistent with Jan’s love for animals, the accomplished equestrienne is an integral voice in the various environmental conservancy measures that Hamilo Coast implements. 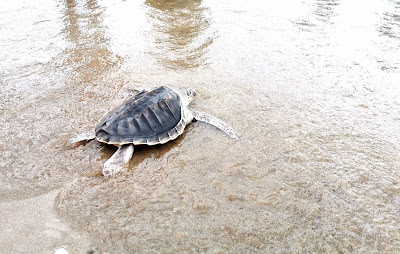 The active protection of olive ridley sea turtles at Pico de Loro Cove, one of only five turtle species found in the Philippines, is an initiative of the Bantay Dagat community-based volunteer program, which engages fisher folk in coastal villages to safeguard Marine Protected Areas. Since 2008, Hamilo Coast has been a proud partner of the World Wide Fund (WWF) for Nature Philippines and this turtle release is a simple yet significant testament to Hamilo Coast’s unwavering commitment to practice environmental sustainability and preservation in its operations.

Hamilo Coast is a master-planned seaside residential community in Nasugbu, Batangas. Developed and managed by Costa del Hamilo, Inc., a subsidiary of SM Prime. It is approximately 90 minutes from Manila via Cavitex and the Ternate-Nasugbu Road. For inquiries, call (632) 7945-8000 or visit www.hamilocoast.com.