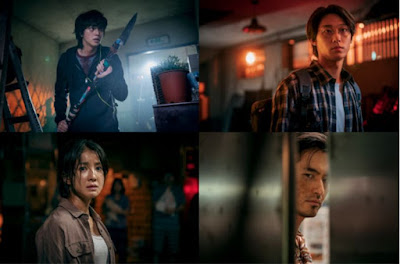 Adapted from a popular webtoon of the same name, Sweet Home is a 10-episode VFX/SFX filled thriller based on the unique world in which people turn into monsters that reflect their internal desires. Cha Hyeon-su, a reclusive high school student who moves into a new apartment called Green Home after a personal tragedy, faces a series of life changing situations that brings him out to the world to save others.

The series presents a strong ensemble cast that includes Song Kang (Love Alarm), Lee Jin-uk (Voice), Lee Si-young (No Mercy), Lee Do-hyun (18 Again), Kim Nam-hee (Mr. Sunshine), Go Min-si (Love Alarm), Park Kyu-young (Romance is a Bonus Book), and Go Youn-jung (He Is Psychometric). And with the launch date, a teaser trailer was also released to give a first look at how Green Home, the main environment of Sweet Home will welcome viewers to the series.

Check out the teaser below: