Most people see time as an unalterable dynamic of our existence, but in the hands of filmmaker Christopher Nolan, it becomes a compellingly tractable thread, able to be bent, twisted, juxtaposed…or inverted.

Nolan, who wrote, directed and produced Warner Bros. Pictures’ new sci-fi action spectacle “Tenet,” says, “The story takes on ideas of time and how we experience it—interacting a science fiction component with the classic elements of the spy genre.”

In the film, armed with only one word—Tenet—and fighting for the survival of the entire world, the new Protagonist (John David Washington) journeys through a twilight world of international espionage on a mission that will unfold in something beyond real time. Not time travel.  Inversion. 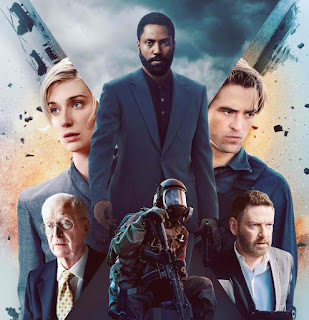 John David Washington, who stars as the character known only as the Protagonist, says that while “at the core of it, ‘Tenet’ is about a man trying to save the world,” the intricately woven plot also explores some of our most firmly held precepts. “The movie challenges our traditional ways of interpreting time, interpreting what we perceive is real, our learned behaviors,” he continues. “There’s a lot more going on. I had never read or seen anything like this before. Nobody has. Chris [Nolan] deals head on with how we understand the physics of time, all through the lens of this character. I don’t know what his fascination with time is, but I love how he deals with it in his movies.”

Kenneth Branagh, who plays the malevolent antagonist of the film, Andrei Sator (and previously worked with Nolan on “Dunkirk”) comments, “‘Tenet’ is a hair-raising, high-stakes thriller from an extraordinary filmmaker. I think Chris makes a couple of contracts with the audience. One is to absolutely, positively entertain them; there’s no question about that. But I think the other contract he makes is with their intelligence, their interest, and their passion. This is a man who is about the telling of the story through cinema. I can almost feel in this project a re-affirmation, a declaration, of how exciting it can be to be in a darkened room, with massive images, for a story that that kind of treatment supports and deserves.”

“This could not be more of a Chris Nolan movie,” adds castmate Robert Pattinson, whose character, Neil, is teamed with the Protagonist. “There is such a singular vision to every one of his films and making this one was a spectacular feat in every way. It’s pretty amazing…there’s literally nothing comparable.”

Elizabeth Debicki, who portrays Sator’s estranged wife, Kat, attests, “It’s such a blessing as an artist when you can actually see what you are about to step into and inhabit. There were moments when I realized how extraordinary it was to be there, and I think it was enormously helpful. How could it not be helpful to feel the impact of something shaking around you or feel the boat rock under you? As much as it is our job to act, that organically feeds the truth of the performance. It’s completely invaluable.” 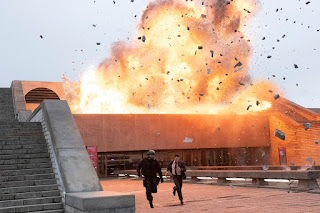 Nolan concludes, “With ‘Tenet,’ what I’m hoping is to give audiences a reason for re-approaching and re-experiencing action cinema, and the spy movie genre in particular. I want to give them a different way of looking at it, so they get some of the sense of excitement that I had as a kid watching those kinds of films. We’re trying to give the audience a new experience that re-injects that sense of the unknown in movie action sequences. We really want to give people a ride like nothing they’ve had before.”