Mindy Kaling and Lang Fisher Co-Created Series, Never Have I Ever Returns For Season 2 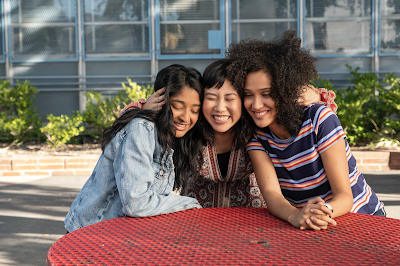 "It’s a knockout. If you like ambitious comedies and amazing vibes, watch this."
-The New York Times, Margaret Lyons

“Never did I ever think I’d see our story on TV.”
-Los Angeles Times, Lorraine Ali

· Netflix has renewed the critically-acclaimed coming-of-age comedy series Never Have I Ever for a second season.

· Logline: Never Have I Ever is a new coming-of-age comedy about the complicated life of a modern-day first-generation Indian American teenage girl. The series stars newcomer, Maitreyi Ramakrishnan as Devi, an overachieving high school sophomore who has a short fuse that gets her into difficult situations.

· Never Have I Ever is produced by Universal Television, a division of Universal Studio Group, in association with 3 Arts Entertainment, Original Langster, and Kaling International.

· Season 1 is currently streaming globally, only on Netflix.


Check out the teaser trailer below:

Netflix Never Have I Ever Season 2 Trailers