Blood will spill in Kingdom Season 2 premieres on March 13. 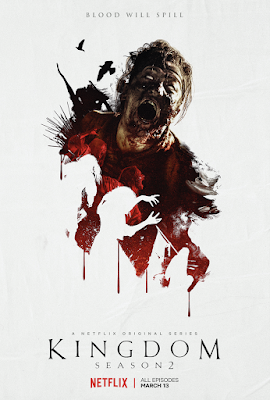 The power-hungry Cho family and Crown Prince Lee Chang risk everything in a bloody battle. The tension is turned up in Kingdom season two! Crown Prince Lee Chang stands at the crossroads in the middle of a major storm. The ever-growing army of the infected sweep over the land and threaten the entire kingdom. But there is no time for despair. Chang is determined to rid his nation of the Cho family. "I will return to Hanyang and assume my rightful place on the throne of Joseon! Are you with me?" Meanwhile, Seo-bi continues her search for the cause of the plague. The pulse-quickening challenges these characters face are made achievable only through sheer force of will. Standing in resolute opposition to Chang is the Cho family who are determined to secure their hold on the throne from the end of a sword. Chief State Councilor Cho Hak-ju mutters, “That is not the nation that I intend to build.” His ambition to rule Joseon burns at his very soul. The Queen would even exploit the plague to maintain her place on the throne that is meant only for the true King.

Check out the final trailer below: