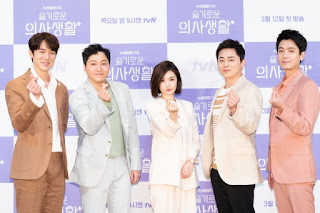 Synopsis
Hospital Playlist explores the chemistry among five friends who have stayed close with each other since they attended medical school together 20 years ago. They can practically read each other's mind just by looking into their eyes. The day-to-day lives of the people living, dying and just passing through the hospital where they all work is a microcosm of the world beyond.

The Characters
Gastroenterologist Ik-jun, played by Jo Jung-suk
“Even though I act as Ik-joon, he’s a character who makes you wonder what he is thinking. He’s optimistic, doesn’t lack anything, and is charming.”

Pediatrician Jeong-won, played by Yoo Yeon-seok
“Jung-won cares for his patients like they’re his own children. However, he’s sensitive and flippant towards his long-time friends.” 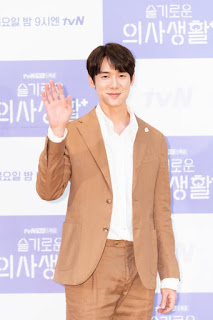 Neurosurgeon Song-hwa, played by Jeon Mi-do
“Song-hwa is a calm and strong female amongst the male doctors who have forceful personalities.” 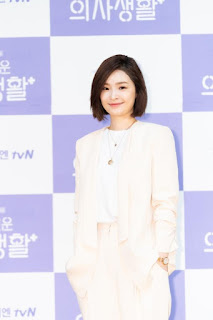 Thoracic surgeon Jun-wan played by Jung Kyung-ho
“My character is really different from me, so I’m having fun.

Gynecologist Seok-hyeong, played by Kim Dae-myung
“He’s timid, but joyful in his own way.”

The actors also revealed how they prepared for their respective roles by meeting real doctors and learning from them in addition to watching documentaries and other medical dramas. Jo Jung-suk shared that he viewed a liver surgery in person. Yoo Yeon-seok learned how to perform CPR on children and used a metronome to practice.
The warm camaraderie was evident in the anecdotes they shared about the casting process and the family-like atmosphere on set. Kim Dae-myung said, “Whenever someone asks me who I’m close to in interviews, it’s hard to answer because they might not think we’re close. But this time, I gained friends I can say I am close to without any hesitation. I hope viewers can also think of us as friends and be our friends.” Jo Jung-suk added, “I had such a great time filming. We have fun and really enjoy the process while filming. I think that helps us show our chemistry naturally.”
Hospital Playlist premieres on Netflix on 12 March at 10.30pm, with weekly episodes every Thursday.