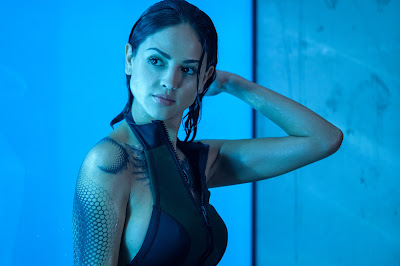 Red-hot Latina actress Eiza González’s work across film, television and music has solidified her as one of the most dynamic performers today.  After memorable performances in Baby Driver and Hobbs & Shaw, she now stars opposite Vin Diesel in Columbia Pictures’ action thriller Bloodshot (in Philippine cinemas March 11).

Based on the bestselling comic book, Ray Garrison (Diesel) is an elite soldier recently killed in action, brought back to life as the super soldier Bloodshot by the RST corporation. With an army of nanotechnology in his veins he’s an unstoppable force – the strongest warrior the corporation has ever created – and able to heal instantly.  But in upgrading his body, the company is also manipulating his mind and memories. As he begins to remember his past life, Ray isn’t sure what’s real and what’s not – but he’s determined to take back control. 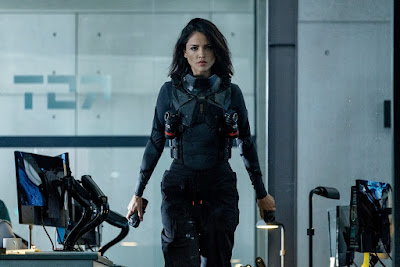 Gonzalez plays KT who suffered an injury in service that caused respiratory failure. She has been modified with a mechanical breathing device. “It was like heavy metallic breathing,” explains Gonzalez, “and I had to do a lot of work to break down the script, especially identifying the moments when her emotions show and her breathing changes. It was very complex and took a lot of time to get used to.”

At the heart of the movie is an unusual push-pull love story that builds between Bloodshot and KT. “Because of Bloodshot’s total memory loss, this could never be a conventional love relationship,” says director David S.F. Wilson. “I wanted a love story that the audience didn’t see coming. I wanted her to represent a momentum shift. It’s not at all him saving her – more her saving him, and in the end, they save each other.” 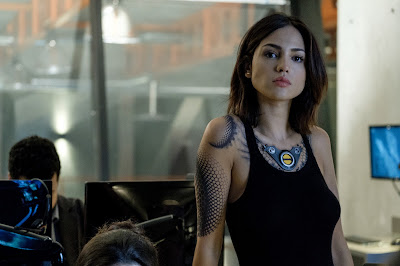 “Dave has such a natural sense of emotion and how that fits into the movie’s bigger questions of technology and the responsibility that comes with it,” says Gonzalez. “He brings all of that into the movie – how technology is absorbing society and becoming our reality – and what that means for the layers of our characters.”

“The role requires a very nuanced performance,” says Wilson. “At times, she’s putting on a show in order to manipulate him; at other times she’s putting on a strong face to hide her feelings. And when she does fall for him, every time they erase his memory, she’s still in love with him, and he has no idea who she is. She’s strong in the same way that Bloodshot is vulnerable.” 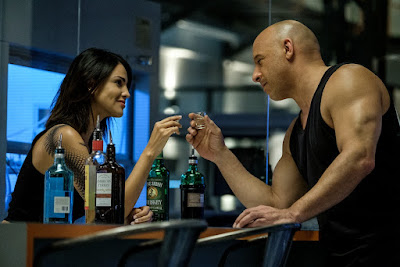 Last year, González appeared alongside Dwayne Johnson and Jason Statham in Universal’s Hobbs & Shaw from The Fast and the Furious franchise. She was also seen in Robert Rodriguez’s Fox feature Alita: Battle Angel.

González first came to prominence starring for writer-director Edgar Wright in Columbia Pictures’ action-comedy-thriller Baby Driver alongside Ansel Elgort, Lily James, Jamie Foxx, and Jon Hamm. The film, about a young getaway driver and a group of bank robbers whose heist goes terribly wrong, was a box office sleeper hit that summer and was nominated for a SAG and Critics' Choice Award. 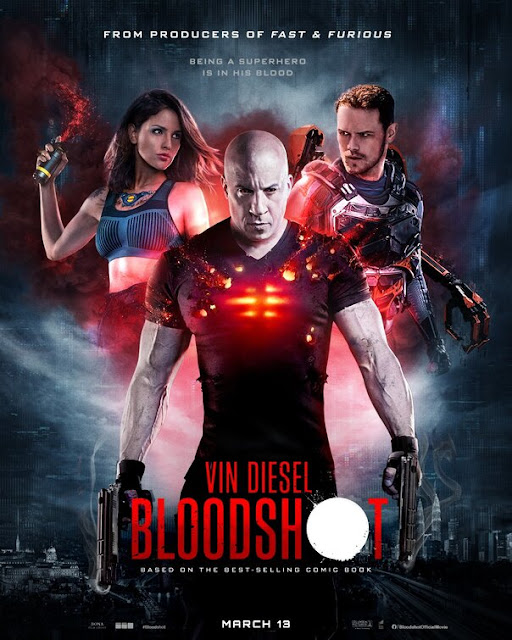