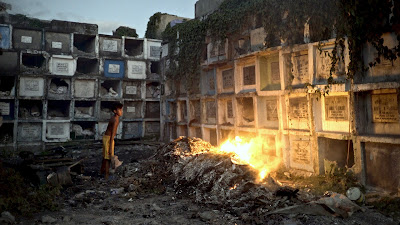 Celebrating 100 years of Philippine Cinema and presenting Filipino documentaries that push the boundaries of storytelling, Daang Dokyu selects the IDFA-winning film Aswang as its opening film.


The 6-day documentary film festival, the first of its kind, showcases an inclusive program of Philippine documentaries from the early days of local cinema and television to contemporary times. It will also be the first film festival to premiere Aswang in the country.


Aside from having its premiere at the opening of the documentary film festival, it will also have another screening on March 21, 2020, at 1 PM. 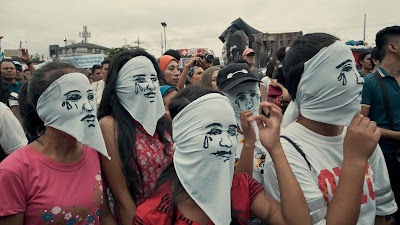 The documentary, a Philippine co-production with France, Norway, Qatar, and Germany, was recently selected for the International Documentary Film Festival Amsterdam (IDFA) Competition for First Appearance 2019. IDFA is the world's largest documentary film festival held annually since 1988 in Amsterdam.

Aswang made its world premiere last November 21 in Amsterdam and was given the FIPRESCI award for this section. The film will also be screened in various film festivals in Switzerland, Czech Republic, Greece, France, and the United States.

“Aswang” is a term in the Philippines for witches, vampires, ghosts and werewolves—a collection of evil spirits that feature heavily in myths and popular films. But since the war on drugs was launched, they have been appearing in real life on the streets of Manila. 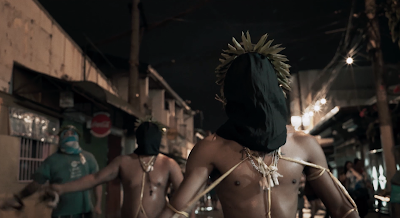 Directed by Alyx Ayn Arumpac, Aswang follows the lives of people who are linked together by the growing violence in the country. They are a photojournalist and missionary brother who comforts bereaved families and makes a stand against lawlessness; a night shift manager of a funeral home; and a street kid with parents and friends in the cemetery.

According to Arumpac, she is honored as the maker of the opening film of Daang Dokyu. “I can’t think of a better way to premiere Aswang in the Philippines,” she said. Arumpac was also thrilled that the festival was founded and organized by active and reputable Filipino documentary filmmakers - Jewel Maranan, Baby Ruth Villarama, Kara Magsanoc-Alikpala, and Monster Jimenez.

For her, there was no choosing between making or not making this kind of documentary, the question was how to approach making this film. “I think every filmmaker, artist, or journalist has thought of doing something at one point because it was simply impossible to look away,” she explained. “We all do what we can in our different ways and capacities.”

One of her inspirations in creating the film was Brother Jun Santiago, a Redemptorist who leads the social mission of the National Shrine of Our Mother of Perpetual Help, or commonly known as the Baclaran Church. She was able to choose her subjects in the documentary through Santiago.

“I saw how people spoke and opened up to Brother Jun Santiago, and knew how much his work truly helped those who were at their most desperate moments,” Arumpac said. “The killings seem to be endless, but Brother Jun is a tireless man and that energy rubs off on all of us that know and work with him.”

Working with her colleagues at the nightshift also enabled her to create the film. “We were able to go around to collect data, document, and became each others’ support system,” she explained. “Similarly, I had a lot of support from family, friends, and fellow filmmakers who all thought that such a film should be made.”

Daang Dokyu is slated from March 16 to 21, 2020 at Cine Adarna, UPFI Film Center, at the University of the Philippines. To be featured are works by Filipino documentarists, as well as titles from different countries that were made as early as the 1900s. Moreover, it will premiere some of the latest and much-anticipated documentaries to be released this year.