Jim Carrey is Dr. Robotnik, The Drone King in “SONIC THE HEDGEHOG” 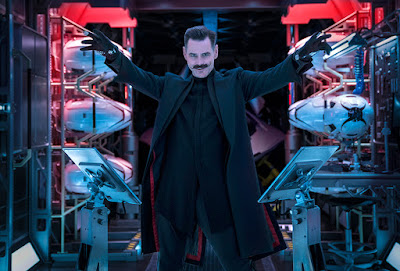 For Jim Carrey, Robotnik provided the opportunity to return to his legendary film comedy roots and, he says, “hit that absurd energy that people really love – and the vibe of films like Ace Ventura: Pet Detective, The Mask, and Dumb and Dumber.  Playing Robotnik, I just let the floodgates open!”

The actor was delighted to take on the challenge of playing the not-so-good doctor. “The wonderful thing about Robotnik is that he’s not only the smartest man in the room, he’s the smartest man on the planet – a madman with an I.Q. over 300,” Carrey states.  “He represents pure intelligence that’s been screwed up by ego and has moved into the realm of spiritual stupidity.  Robotnik was never loved or nurtured, so he hates the world because he feels it had abandoned him.  Robotnik wants to be the warden of a mechanized prison that controls the universe.  It was wonderful to physicalize that evil and act as if there’s always a spotlight on him.”

That physicality crescendos with a wild, edgy dance sequence in which Robotnik celebrates his relentless pursuit of Sonic and what he sees as the inevitable capture and harnessing of the creature’s unlimited power.  It’s set to the song “Where Evil Grows” from the Canadian band Poppy Family.  “I grew up with that song,” says the native Canadian, “and it’s perfect for Robotnik.

“I had so much fun with that, and with the entire film,” Carrey adds.  “I got to play with weird and wonderful gizmos in Robotnik’s lab and fly around in his spaceship, on a crane.”  He also admits to having great affection for his on-screen nemesis: “Sonic represents the power of innocence and play.  He’s a pure soul who’s loving his life because there’s always fun to be had, which is also my philosophy.  I wake up every day and do what I’m passionate about.”

Director Jeff Fowler, having developed a great affection for the character at an early age, was thrilled to have Carrey aboard.  “Reimagining Robotnik was a little tricky because in the game he’s, well, not the most grounded figure.   Jim and I found a way to make Robotnik more modern and believable, while still being bigger than life.  Jim really helped shape Robotnik, through his vocalizations and movements.  I am so grateful for his input and creativity.  Jim is smart, funny, and completely original.  He made the character his own.” 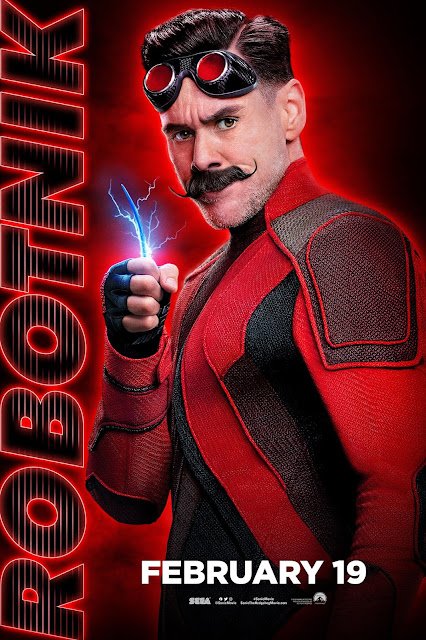