Fight the living. Survive the dead in the new trailer of "KINGDOM Season 2" 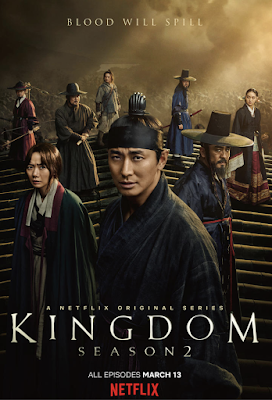 Crown Prince Lee Chang continues his desperate, bloody struggle. An epidemic has turned Joseon into hell on earth amid the ravages left by the ever-growing greed of the Cho family.


The teaser unwraps thrilling new layers to the mystery. The sun has risen, but an army of the infected do not fall back to sleep in the daytime as they had before. Lee Chang’s face is an image of despair, scarred by the endless shock of the devastating plague. The power-hungry Chief State Councilor Cho Hak-ju pushes Lee Chang closer to the edge. Seo-bi gets closer to uncovering the cause of the plague. Can Lee Chang save his people, or will this plague be the end of Joseon? He has grown as a person and a leader since we last saw him.


Arriving at the royal palace after a long journey, we meet Lee Chang as he draws his sword against the queen, who only looks down on him with a knowing smile and dismisses the threat. The tension between the two hints at greater conflict to come. Lee Chang faces a double-edged sword. The Cho family will stop at nothing to maintain their power, while the infected threaten to poison all of the land. Lee Chang is cornered and running out of options fast, and the fate of the nation hangs in the balance.


Fight the living. Survive the dead!

Check out the teaser trailer below