Welcome to Keyhouse, Unlock the Official Trailer for Locke & Key 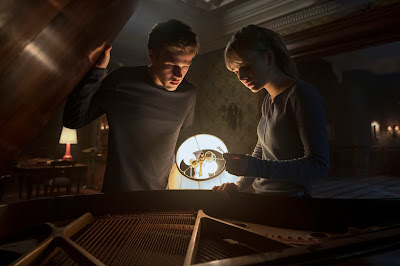 After their father is murdered under mysterious circumstances, the three Locke siblings and their mother move into their ancestral home, Keyhouse, which they discover is full of magical keys that may be connected to their father's death.  As the Locke children explore the different keys and their unique powers, a mysterious demon awakens — and will stop at nothing to steal them. From Carlton Cuse (Lost, Bates Motel) and Meredith Averill (The Haunting of Hill House), the series is a coming-of-age mystery about love, loss, and the unshakable bonds that define family.


Locke & Key on Netflix is the long-awaited television adaptation of the best-selling comic book series by Joe Hill and Gabriel Rodriguez for IDW comics.


For more news and information about Locke & Key visit https://www.netflix.com/Locke&Key and follow their social media accounts


Netflix is the world’s leading streaming entertainment service with over 158 million paid memberships in over 190 countries enjoying TV series, documentaries and feature films across a wide variety of genres and languages. Members can watch as much as they want, anytime, anywhere, on any internet-connected screen. Members can play, pause and resume watching, all without commercials or commitments.