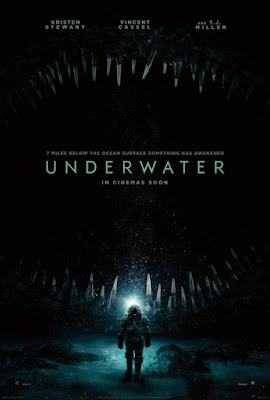 
Underwater explores the deep secrets of the world which are hidden not because they couldn’t be found, but they just don’t want to be disturbed. When a group of researchers go deeper into it, the seemingly lifeless dark bottom pit comes alive to suck out a life these innocent lambs.

William Eubank did an awesome job in directing the film, paying attention to every single detail. He looked in the world of how Norah (Kristen Stewart) would see it under the deep abyss. Seeing how a mechanical engineer would think in times of crisis and to prioritize not only herself but also her own crew. He made out a thrilling situation and solidifies the high-pressure scenes throughout the entire film. 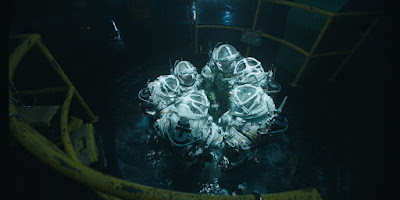 The film really had a nice set of stars to back up the tight story led by a very keen Kristen Stewart. She displayed a serious tone in playing her character and had a commanding and calm side. I love how she carried the momentum and stole the spotlight whenever she needs to. She is surrounded by a brilliant set of supporting casts that keeps the boat steady with the likes of Vincent Cassel and T.J. Miller showing their mastery in this craft. 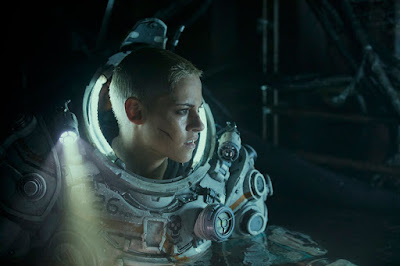 We loved the material as a whole where it feels like you are watching “Alien” underneath the deep surface of the dark and dangerous ocean floor. It is an easy sell in delivering the thrills of an exciting horror premise. While the film slowly picks up the pace, its 95-minute runtime is a solid effort to spark everything and give the audience what they want in this type of movie.


Overall, Underwater effectively sells the exhilarating material in front of its audience by putting up a lot of impactful and thrilling scenes. It is an enjoyable survival flick with a strong set of stars setting up a date with a monster underneath the endless pit of Mariana Trench.