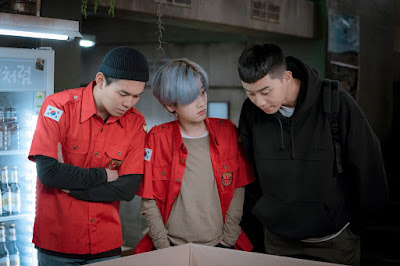 Netflix kicks off its K-drama slate for the year with two brand new series in February, Itaewon Class and My Holo Love. Check out the trailers just released today.

Park Saeroyi bends to no one. He is determined to live his life, getting everything he set his eyes on. Cho Yi-seo, she is a sociopath with an IQ of 162. Whether it’s academics or sports, Yi-seo excels at everything she does. Her goal in life is already crystal clear until she met her complete opposite Saeroyi. President of Jangga Jang Dae-hee is a self-made man who began with a humble food truck. No one dares to defy his word, except Saeroyi. A group of youths, held together by their mutual stubbornness and bravado, start a “cool” revolt against an irrational world. Their story unfolds in Itaewon, a small neighborhood centered around a single street that seems to be a compact version of the entire world. This is a story of the start-up legend of those in search of freedom, each one with his or her own unique set of values. 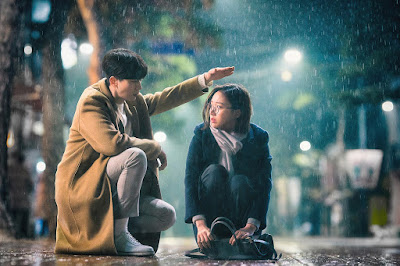 My Holo Love
A unique story of three not-so-perfect but extraordinary characters. In the trailer, Holo looks at So-yeon ever so dearly, but he knows his limits as an artificial intelligence. Nan-do, who is the developer of Holo, may appear a bit edgy towards So-yeon but he always has her back. So-yeon begins to have feelings for Holo, who stepped into her life out of nowhere. It's not a bad feeling for So-yeon, as she gets used to having someone beside her, with whom she can intimately share her emotions. Nan-do, in the meantime, also falls for So-yeon, and he feels unsettled towards Holo’s interaction with her.
My Holo Love, the first Netflix Korean original series of 2020, is directed by Lee Sang-yeop (Familiar Wife, Shopaholic Louis) and written by renowned screenwriter Ryu Yong-jae (Time Between Dog and Wolf, Pied Piper).
Starring Yoon Hyun-min and Ko Sung-hee.