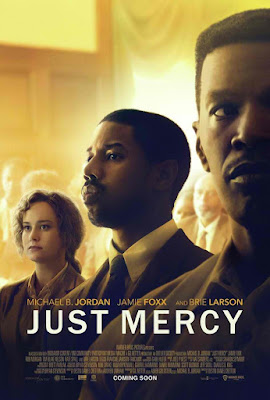 Bryan Stevenson (Michael B. Jordan), a new lawyer fresh from the Alabama bar exam, began his crusade on civil rights of the people who needed help. He quickly had an experience in his internship in the death row facility of the said state. Enter Walter “Johnny D” McMillian (Jamie Foxx), an African-American falsely accused man of killing a white eighteen-year-old girl. Stevenson finds himself way back to the death row facility and tries to help people who he believes are framed for the crimes they didn’t commited. Making use of his resources, time, energy and knowledge of the law, Bryan tries to save innocent lives with pure commitment. 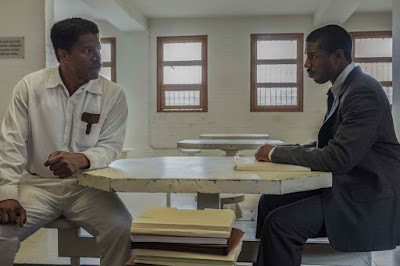 The film promises a lot of content in the story itself. There are a lot of positive elements that define the real essence of a heart-warming material. Violence was clearly displayed throughout with verbal and physical assaults imploring the social division that creates the issue. Profanity seemed to be in the norm for most of the time. The addition of a little crude language hyped the drama and tension where it gives the scenes more life and believable. Racism is a critical issue in which the story revolves around creating the narrative that would capture the audience emotions. 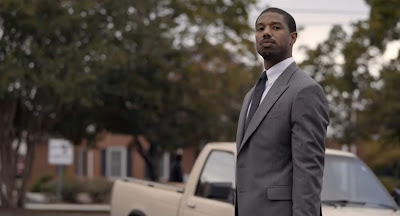 More social issues were addressed as the movie progresses, thou racism is the obvious face of the narrative. Great dictation of emotions and dialogues made this adaptation a successful feature. The fact that Just Mercy is based on a true-to-life story, gave more depth and solid foundation for the film to stand on. 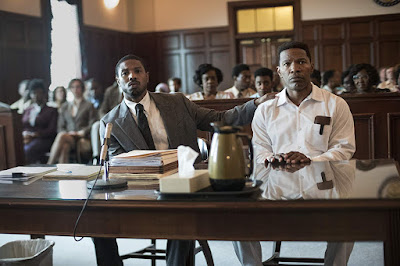 Behind the scenes, Director Destin Daniel Cretton did a great job. Looking at the overall picture, he managed to bring the hopes on a dead-end story cliché of true-to-life story. Cretton is also known for his collaboration with Brie Larson, who plays Eva Ansley, attorney Stevenson’s close friend who was with him from the start. Larson charmed her way in the movie as a loving mother who cares for greater good. She could be Stevenson’s embodiment of a guardian angel, guiding the lawyer and giving advice he’s not capable of doing on his own. 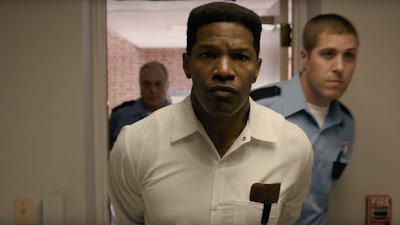 Another highlight of the film is the talented set of stars. The lead role might be too big for Michael B. Jordan, but he basically proved himself in making his performance stand out. On the other hand, Jamie Foxx delivered a promising act and managed to pull-off the dramatic scenes convincingly. He is a natural funny man off the set, but he made the hearts of the viewers melt in his exceptional portrayal, together the two bring life to the motion picture. 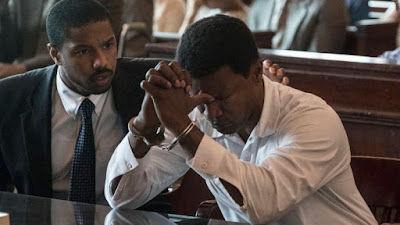 Overall, Just Mercy draws sympathy from the powerful and emotional story highlighted by captivating performances coming from Michael B. Jordan and Jamie Foxx. Yes, reality is harsh and the film made us realize that sometimes it’s a shame to see that racism still exists.