Director Sam Mendes Takes You Inside The Making of “1917” 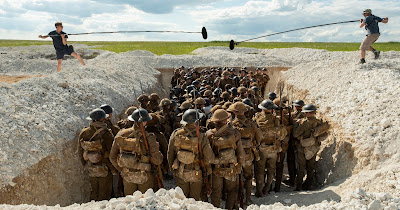 For Sam Mendes making 1917 – the critically acclaimed epic set during the First World War inspired by the stories his own grandfather told him – was, he admits, the most challenging experience of his long, acclaimed career. It was also, he says, very, very special.


Nominated for Best Picture and Best Director for this year’s Academy Awards, Mendes set the bar extremely high for himself and his team – including cinematographer Roger Deakins – by filming 1917 as though it is one continuous shot, following two young British soldiers, Blake (Dean-Charles Chapman) and Schofield (George MacKay) as they embark on a crucial, extremely dangerous mission, deep behind enemy lines.

“The Germans had retreated to the Hindenberg Line and these two soldiers are tasked with crossing this landscape that has suddenly been abandoned by the Germans to deliver a message to a section of the army that has pushed forward” says Mendes. “The two men have until dawn the next day. If they succeed, then potentially they save 1,600 lives. If they fail, then those lives will be sacrificed. On top of that, one of the soldiers, Blake, has a brother in that particular battalion. So there is a personal element to it as well.”

Their perilous journey, through the trenches, across the bombed out craters of No-Man’s Land and a devastated town, is an intense, visceral experience for the audience. The camera never leaves the men as they relentlessly move forwards, in a heart-stopping race against time.

“It felt almost impossible at times, but somehow we managed to do it,” says Mendes. “We started by asking ourselves, ‘If the camera could move anywhere, where, emotionally, is the right place for it to go?’ And only then we would try to figure out how to do it.” 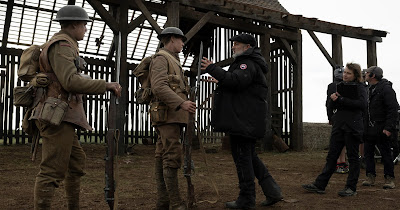 “We rehearsed for months. The first thing we had to do was to measure the length of every section, every scene. It’s all very well for us to write ‘this scene takes place in an orchard’ but we had to build the orchard to fit the length of the scene required.

“And this was the case all the way through the movie - for trenches, quarries, woods, farmhouses, roads, towns. So the first thing we needed to do, as a crew, was to walk across empty fields with the script, marking out every step of the journey. Then, when we found the natural rhythm of a scene, we planted flags in the ground.

“And that’s how we did everything. We marked out and planned and built over a mile of trenches, then filled them with hundreds and hundreds of people. Dennis Gassner and his amazing art department created a world. But it all began with the boys, myself and Roger Deakins just walking across a field.” 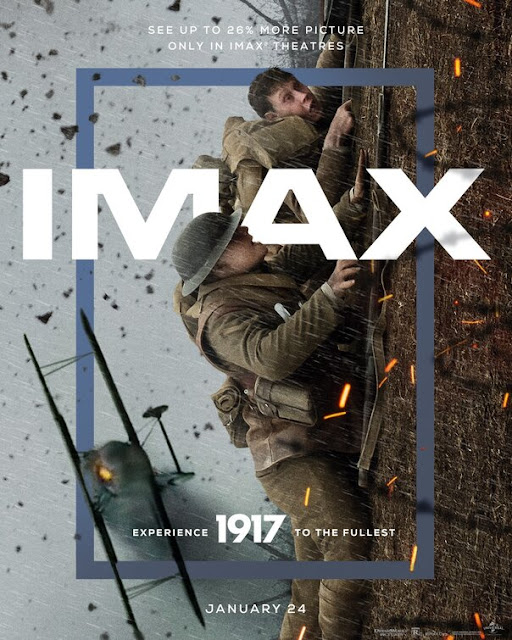