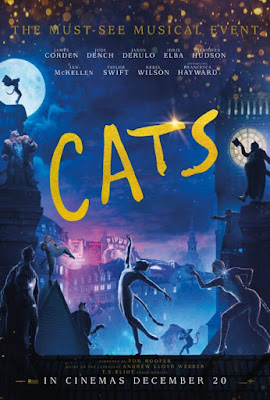 
From the classic tale and rhymes of Thomas Stearns Eliot’s 1939 Old Possum’s Book of Practical Cats to the well-known theatrical musical obra of Andrew Lloyd Webber and now to the cinematic adaptation of Tom Hooper. The Cats movie musical follows a serious path of adaption leading to strings of new transitions and hard to follow changes.

Sure there are a lot of awkward movements from the choreography but somehow the magic of the furry cats still gave life to the graceful gestures.  The film did manage to justify the fluidity of the feline family. Majestic as a cat, the musical part did really capture the energy that one should feel while experiencing in the cinematic version of it. There might be a big difference from the level of energy that one expects from a live theatrical performance, but they actually made a bold statement here and showcased it with style.

Tom Hooper presented the play as a concoction of emotions. He didn’t stand still in the awe instead he explored the reality of today’s society. Seeing all the colors of the rainbow, he raised the pigments of the spectrum in getting through the ups and downs and even acquiring the essence of an agile cat. Finally, at the end of it, there is a pot of gold that seems a bit strange but somehow checks the old possum’s imagination.

As for the cast, Francesca Hayward had one of the best dancing acts considering Victoria was obviously more of a musical cat in the movie. Graceful ballet dancing skills really did set her unique aesthetic as the fluffy snow fur in that clowder of cats. Every cat did move in the manner of ballet, but hers was notably on point. Kudos to Jason Derulo’s Rotom Tugger for an enigmatic womanizer show stealing act. Idris Elba for a Macavity showing with a natural masculinity that an alpha cat stature and everyone fear of. Not to mention the superstar fatale queen, Taylor Swift did send a blow off the roof when her musical number came in. Introducing Macavity to the ball, she really had her “nightmare dressed like a daydream” moment from her song Blankspace. 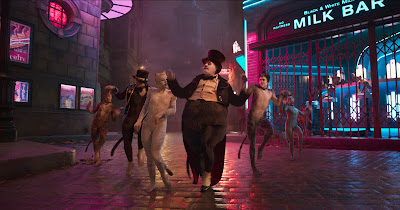 Seeing this film is easy, but liking and loving this musical is an acquired taste not everyone will have but only to those who enjoy the finesse of a majestic feline. 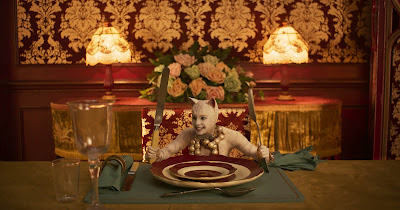 Overall, Cats is a close to purr-fection that rides on an ensemble of talented stars playing the magical song numbers. It is an elegant and cat-astrophic extravaganza that brings out the heart out of the special theatrical play.