You can say that Jeremiah Tiangco, who charmed the world with his strong vocals and heart-rending performances, got it for a song. At least that’s how it sounded when Tiangco, dubbed as the ‘Pop Heartthrob from Imus,’ won a sleek and stylish house and lot unit from  BRIA Homes when he trumped 64 other clashers to snag the The Clash Season 2 Grand Champion title at GMA-7’s prestigious reality competition show last December 15, Sunday.


The Clash, which ran for twenty-six episodes in its second season, presented duet and solo numbers, including Tiangco’s powerful performances that impressed the judges—well-known industry names such as Christian Bautista, Ai-Ai delas Alas, and Lani Misalucha.

Mr. Red Rosales, President and COO of BRIA Homes, hands over to Jeremy Tiangco the symbolical key to a Bettina End Unit house and lot package from BRIA Homes, a prize he snagged as Grand Campion of GMA-7’s popular talent search, The Clash.

As a new BRIA homeowner, Tiangco may look forward to the priceless joys of living in a BRIA community, where safety and security are ensured by guarded entrances and exits, perimeter fences, and amenities such as 24/7 CCTV cameras. 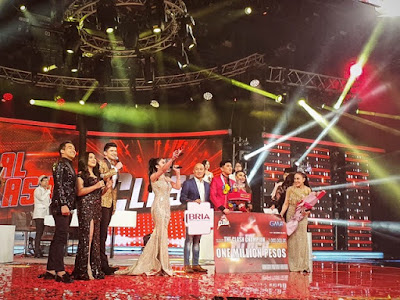 Jeremy Tiangco, Grand Champion of GMA 7’s The Clash Season 2, will soon move into a Bettina End Unit, a modern and sleek 44-square-meter townhouse unit on a 36-square-meter lot, which BRIA Homes gave to him as a major prize.

And soon, BRIA Homes will introduce Jeremiah Tiangco to its recreational facilities (basketball courts and lush green spaces); access to schools, hospitals, churches, and commercial establishments; and proximity to various modes of public transport and major roads and highways. Truly, Bria Homes provides a holistic living experience to its homeowners.

Because it is BRIA’s vision to provide homes for all Filipinos, it continues to tout its winning formula, Affordability (Mura) + Quality (Dekalidad) = a Beautiful BRIA Home for Every Filipino. Now, a brand-new BRIA unit can be acquired in very affordable monthly amortizations through flexible payment schemes, such as bank financing and Pag-IBIG funding.

BRIA Homes is a subsidiary of GOLDEN BRIA Holdings, Inc., considered the third largest real estate company in terms of market capitalization valued at more than P250B. The fastest-growing mass housing developer in the Philippines, BRIA Homes is primed to bring affordable house-and-lot packages and condominium units closer to ordinary Filipino families. This is the goal that drives every single employee in the company, for which the ultimate fulfillment is seeing a client happily moving into Bria’s homes.