In the film, Grizabella the Glamour cat is isolated and alone, but she possesses an inner grace and strength. She is mocked by the other cats and has been excluded from the tribe, so she dreams of bygone days when she was young and adored.

Grizabella performs one of the most notable songs from the original Broadway production, “Memory,” and the filmmakers looked no further than iconic singer and actress Jennifer Hudson to bring her to life. “Grizabella has a presence that changes the tone of any room she walks into,” Hudson says. “She was once the cat that brought all of the cats together in happiness and celebration, but now she’s no longer welcome. I sat down with Tom Hooper before we started shooting and we dissected the character of Grizabella. That helped me get an idea for what I felt Grizabella would look like and how she should move. We discussed the details of her past and how that would affect the heaviness in her walk or the brokenness in her facial expressions. We wanted people who saw her on-screen to think, ‘What happened to her?’”

(Listen to Jennifer Hudson’s rendition of “Memory” at https://youtu.be/h_6oGApWnqw.)

So, how does one go about performing a song that has been recorded by more than 150 artists worldwide? “‘Memory’ is the heart of the story of Cats and of Grizabella’s character,” Hudson says. “It’s such a classic and iconic song. I wanted to reinvent it while also honoring the original. Andrew Lloyd Webber was very trusting and encouraged me to bring what I felt through my character to the song. I got emotional every time I practiced the song. It was as if the music spoke to me.” 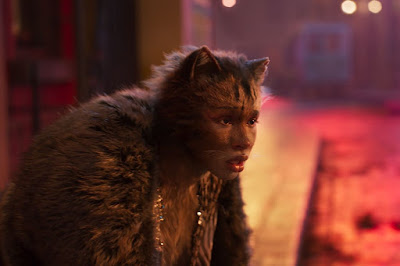 One of the quintessential relationships that forms in the film’s story is between Grizabella and Victoria, played by Francesca Hayward. Victoria expresses a kindness that Grizabella hasn’t seen for a long time, which helps Grizabella regain her confidence in herself. “Victoria is a new, young and innocent cat who has a connection to Grizabella,” Hudson says. “Grizabella has become completely scarred and doesn’t feel like she can trust anyone, but Victoria shows her a bit more mercy and friendliness than the other cats have. Victoria is young, full of life and has a bit of leverage among the cats, so she uses that leverage to help build Grizabella’s confidence in her pursuit of the Heaviside Layer.”

“I come from a very musical background, so music has always been the magnet that draws me to the projects that I want to be a part of,” Hudson concludes. “Cats is a beautiful tribute to art. So many forms of art—poetry, music, dance, acting—are celebrated and captured at their greatest levels in this film.” 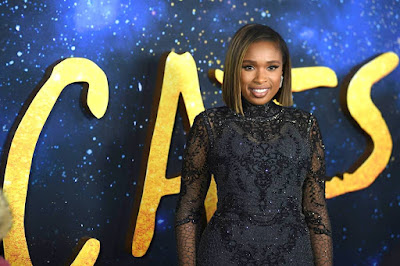 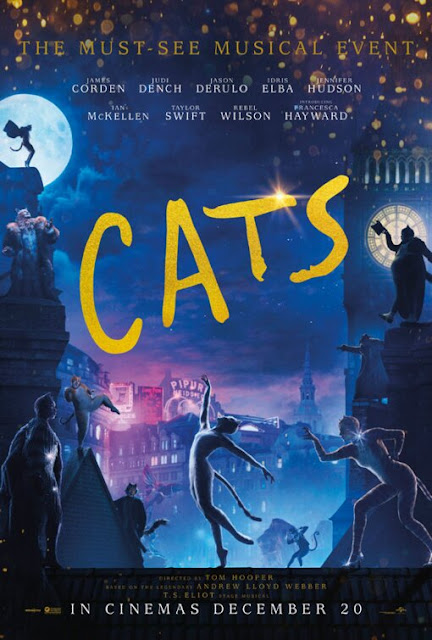