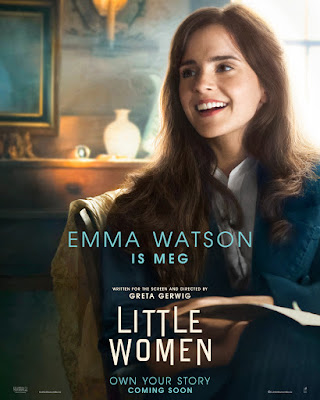 MANILA, Dec. 20, 2020 -- Emma Watson has announced that starting today, book fairies around the globe, including the Philippines, are hiding over 2,000 copies of Louisa May Alcott’s classic novel, “Little Women.”


The Book Fairies hide books every day, each adorned with a sticker which reads ‘Take this book, read it & leave it for the next person to enjoy’. In anticipation of the February 19 Philippine release of Sony Pictures’ “Little Women” movie, in which Watson stars as Meg March, book fairies are celebrating the novel and delighting book finders along the way.


Every novel that The Book Fairies are hiding over the next few days contains a copy of a note from Emma herself hidden within the pages. In the note, which was handwritten, Emma talks about her enjoyment of being in the film, and hopes that the finder enjoys the book. 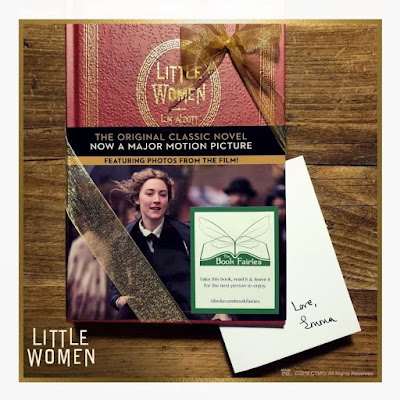 The worldwide book-sharing project, The Book Fairies, leaves books in plain sight for lucky strangers to find, read and then share again. Launched on 8th March 2017, the project has since grown into over 100 countries – and the number of book fairies in action is close to 12,000. The iconic stickers are now available in 10 different languages, with the shared hashtag #ibelieveinbookfairies. There are books hidden every day and will be out in full force for this Little Women campaign.

As part of the “Little Women” activity, The Book Fairies are working with Sony Pictures to share copies of the film tie-in edition of the book, featuring photographs from the film. On top of this, publishers around the world have donated books and book fairies have searched high and low for copies to hide as part of the activity. As a result, a total of 122 different editions of “Little Women” will be hidden during the campaign. One hundred and fifty book fairies in 38 countries are part of the effort, each finding public places in which to leave the books. They will share photos of the books being hidden on social media using the official campaign hashtag #LWBookFairies and you can see all of these collected on the worldwide accounts.

Cordelia Oxley, Book Fairy in Chief, says about the campaign “Like many people, I’m excited about the release of the new Little Women film, as I have loved Louisa May Alcott’s novel since childhood. The joy of seeing book fairies join forces for a campaign of this magnitude is life affirming, and to have Emma Watson involved is an absolute delight. It’s been months in the planning and I hope the books all reach their perfect readers”. 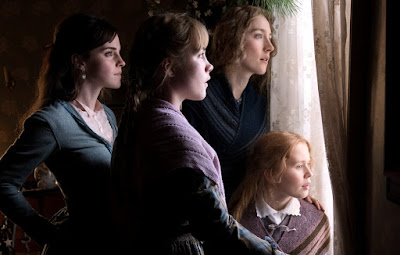 Writer-director Greta Gerwig has crafted a Little Women that draws on both the classic novel and the writings of Louisa May Alcott, and unfolds as the author’s alter ego, Jo March, reflects back and forth on her fictional life.  In Gerwig’s take, the beloved story of the March sisters – four young women each determined to live life on her own terms --  is both timeless and timely.  Portraying Jo, Meg, Amy, and Beth March, the film stars Saoirse Ronan, Emma Watson, Florence Pugh, Eliza Scanlen, with Timothee Chalamet as their neighbor Laurie, Laura Dern as Marmee, and Meryl Streep as Aunt March.