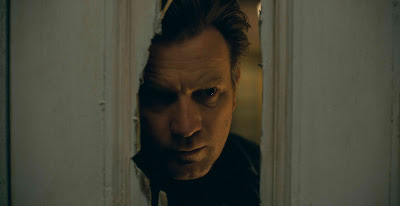 The new film continues the story of Danny Torrance, 40 years after his terrifying stay at the Overlook Hotel in Kubrick’s “The Shining.” McGregor is joined by Rebecca Ferguson and newcomer Kyliegh Curran in the season’s major horror event, “Doctor Sleep,” directed by Mike Flanagan, from his own screenplay based upon the novel by King.


McGregor relates, “‘The Shining’ was talked about as being the scariest film in the world. As a result, I didn’t watch it until I was in my late teens…and I only saw it once, because it scared the s**t out of me. I’m not really into scary films—I don’t like putting myself through that. But I liked the novel `Doctor Sleep’ very much, which I read after the script. Then, I went back and read `The Shining,’ which I enjoyed as well. Perhaps even more than the source material, it was Danny’s story that really interested me. It is just amazing for an actor have all of this backstory.” 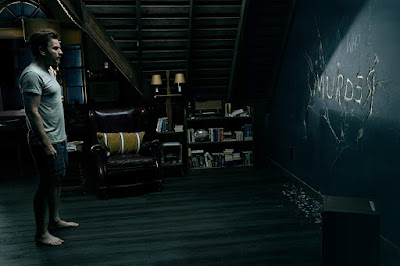 Without question, Danny Torrance is a character both moviegoers and readers have cared about. He is subjected to unspeakable trauma as a child, nearly all of it at the hands of his father, Jack. To shut down his pain, he follows in the same toxic and alcoholic tendencies as Jack Torrance, nearly destroying himself just to get the memories and his shine to stop. After hitting rock bottom with a resounding thud, he runs as far as he can with the money remaining in his pocket. Then, in Frazier, New Hampshire, his real journey begins.

McGregor considers, “Having gone through this terrible experience, how does Danny carry on? How does he deal with his shine and deal with the fact that he’s different? He deals by drinking, like his father did, to the point where he can’t drink anymore. That was a very interesting prospect for me, to play somebody at that low curve of his soul. Then, also like his father, Danny gets sober; Jack did the same a few months before he took the job at the Overlook.” 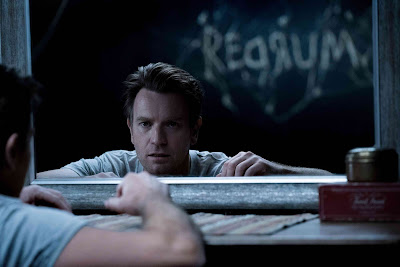 Finding a safe and welcoming community in the local AA chapter, Danny is led to a post for which he is uniquely suited. McGregor says, “Danny has always taken jobs in hospitals or senior homes. With his transient, alcoholic life, it’s something that doesn’t tie him down, plus he’s good at it. Once he gets sober, he starts working at a hospice, where he discovers that he’s helpful to patients as they near death. In talking them through the process, saying that it’s like falling into a wonderful sleep, he helps them cross over. That’s all of his shine that he will allow himself to use. That’s also how he gets the nickname Doctor Sleep.”

Flanagan offers, “Dan’s shine has always tortured him, shown him visions of blood and murder. It’s made him vulnerable, the target of horrible things. And now, because of it, he can look at someone who’s about to die and know exactly what they need to be comforted. It completely recontextualizes this ability and gives his life and his shine a purpose for the first time. And in the novel that, for me, was when Dan Torrance really emerged as the hero of the story.” 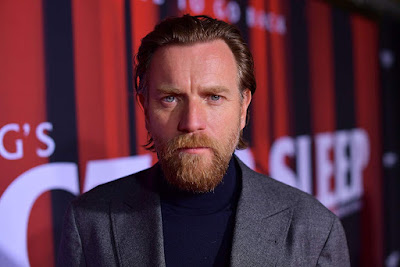 About “Stephen King’s Doctor Sleep”
In “Stephen King’s Doctor Sleep,” Dan Torrance (Ewan McGregor) is still irrevocably scarred by the trauma he endured as a child at the Overlook, but has fought to find some semblance of peace.  But that peace is shattered when he encounters Abra (Kyliegh Curran), a courageous teenager with her own powerful extrasensory gift, known as the “shine.”  Instinctively recognizing that Dan shares her power, Abra has sought him out, desperate for his help against the merciless Rose the Hat (Rebecca Ferguson) and her followers, The True Knot, who feed off the shine of innocents in their quest for immortality.

Forming an unlikely alliance, Dan and Abra engage in a brutal life-or-death battle with Rose.  Abra’s innocence and fearless embrace of her shine compel Dan to call upon his own powers as never before—at once facing his fears and reawakening the ghosts of the past. 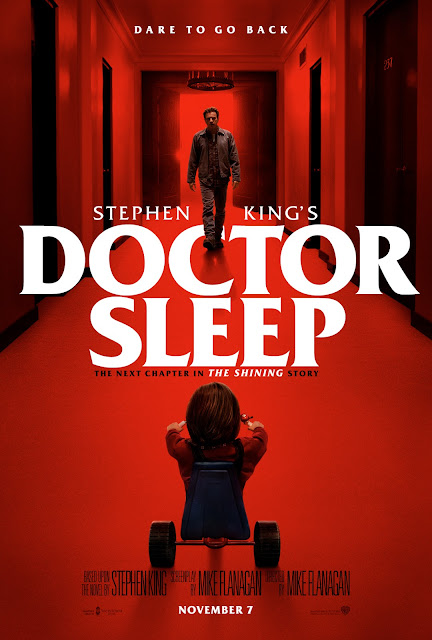