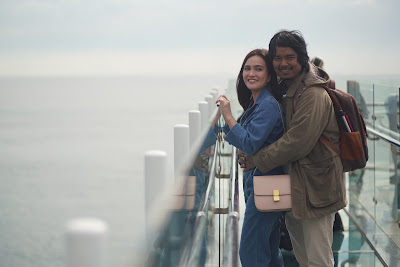 
A woman who acquires temporary blindness caused by prolonged stress is about to see what love can do when a man willingly accompanies her. “Cinta Itu Buta” (Love is Blind) is a romance-comedy film that will remind us that love should be felt rather than be seen through the eyes. 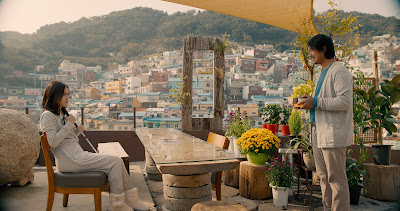 When Jun-ho (Chae In-Woo), a local Korean, left Diah for another woman, she becomes depressed which caused her to be blind. Feeling miserable for losing both her sight and the man she loves, she locks herself in her house in Busan. Nik, a fellow Indonesian, surprised her one day with a sumptuous meal but she simply ignores him. Undeterred, he keeps bringing her food everyday and was so persistent that Dia couldn’t ignore him anymore.

Slowly, friendship develops between them until one day Diah asks Nik to tour him around the city. Eventually, their friendship begins to blossom into something more special. From Sapporo, Japan in “Kita Kita” to Busan, South Korea for the Indonesian adaptation, love will find a way to open our hearts if our sight has failed us. 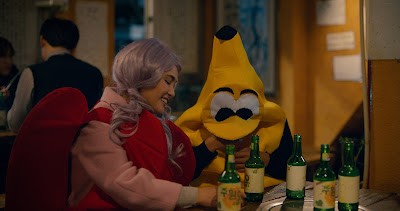 Shandy Aulia is an actress and costume designer who gained popularity in her lead role in romance film “Eiffel I’m In Love”. Shandy also starred in numerous horror movies such as “Tarot”, “The Doll”, and “Kutuk” (Curse). Now she plays Diah in “Cinta Itu Buta” (Love is Blind), a tour guide in South Korea who becomes devastated when her fiancé of three years left her.

Formerly a music teacher, Dodit Mulyanto started his acting career when he joined Stand-Up Comedy Indonesia (SUCI).  After the contest, he was known in comedy films like “Cek Toko Sebelah” (Check The Shop Next Door), “Susah Sinyal” (Difficult Signal) and an action-comedy, “Partikelir” (Private). In his previous films Dodit has always played supporting roles until “Cinta Itu Buta” (Love is Blind). In the film, he plays Nik, a persistent neighbor to Diah, who helps her deal with her blindness. He also sang the film’s theme song, “Darling”.

A Citra Award nominee for Best Director at the Indonesian Film Festival for “Lost in Love” in 2008, Rachmania Arunita comes back with her new film “Cinta Itu Buta” (Love is Blind), based on the original story by Sigrid Andrea Bernardo and adapted for the Indonesian screen by Fanya Runkat. 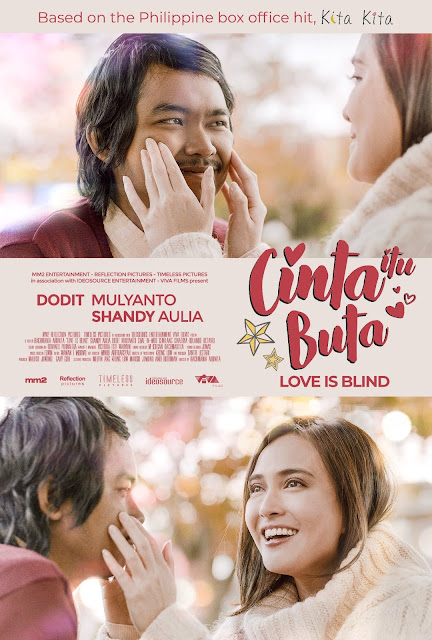