Be The First to Watch! “JUMANJI: THE NEXT LEVEL” Arrives in PH Cinemas December 4 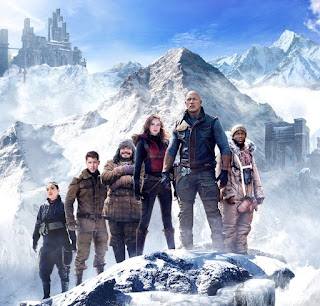 December is going to be truly next level when the latest installment of the Jumanji action-adventure franchise hits the big screen on December 4 in the Philippines.

Jumanji: The Next Level reunites the four teenagers who survived the trials of Jumanji: Welcome to the Jungle as they return home to Brantford, New Hampshire from their respective colleges for the holiday break. Now college students, they’re trying to navigate the next level in their individual lives. After Spencer is compelled to go back into the game, Martha, Fridge and Bethany must team up and re-enter the world of Jumanji on a daring rescue mission to bring Spencer home.

The game is broken. Everything they know about Jumanji is about to change, as they discover that there’s more to it than just a jungle; it’s bigger, more dangerous, and has more thrilling obstacles to overcome. This means that anything can happen, so in addition to big action, incredible visual effects, and epic locations, you should also expect the unexpected. 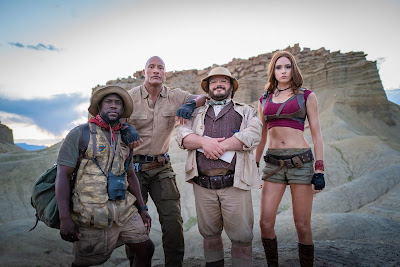 Also back in play are the avatar team of Dwayne Johnson as Dr. Smolder Bravestone, Jack Black as Dr. Shelly Oberon, Kevin Hart as Mouse Finbar, Karen Gillan as Ruby Roundhouse, and Nick Jonas as Seaplane, plus new players Danny Glover as Milo, Danny DeVito as Grandpa Eddie, and Awkwafina as a new avatar, Ming. However, things aren’t always what they appear to be, and they must rely on their strengths to navigate the changes to the game to get out alive and bring Spencer home safely before it’s game over for them all.

“The opportunity to come back to this idea, to these characters, both the kids in the real world and their avatars in the game, was irresistible to me,” says director Jake Kasdan. “But the great gift of this story is that we could bring everybody back, get the team back together, but also change what everyone was doing. And that makes it all new again. It allowed us to reapply the big idea, but in a really different way.” 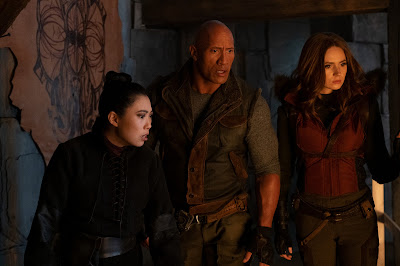 According to the film’s star and producer, Dwayne Johnson, they knew how high expectations were from the outset: “This film is bringing things to the next level, to coin the phrase of our title, in a lot of ways. We go to the next level with our action sequences that are just really spectacular action sequences, our set pieces. What we've established is that there are multiple Jumanji universes, so we are going to the snow-capped mountains. We are in the desert dunes. We are back in the jungle. We are really all over the place in the best way.

“If you're lucky enough to have a movie as successful as the first Jumanji, you've got to raise the bar,” adds Johnson. “You've got to raise your game. You've got to level up. So, I think we did - and not only that, but we also introduced new characters in the movie which I think audiences will really respond to this time around.” 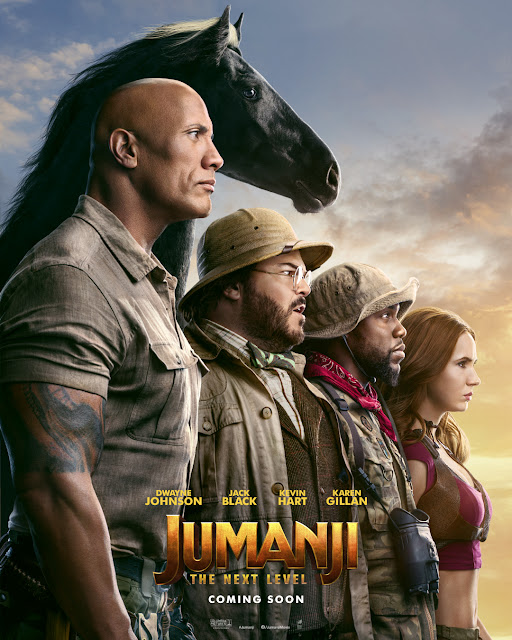