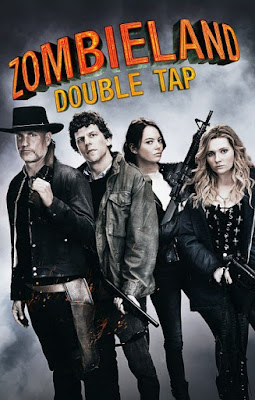 Zombieland: Double Tap Rule # 1 - Be ready for a fun, witty, action-packed movie with all the zombie killing-spree in the second installment of Zombieland. Ten years after the first movie, the main casts Columbus, Tallahassee, Wichita & Little Rock found a home in each other. The reunion alone was already worth the price of admission as putting all these all star cast back in these zombie apocalypse film definitely blew our minds out. 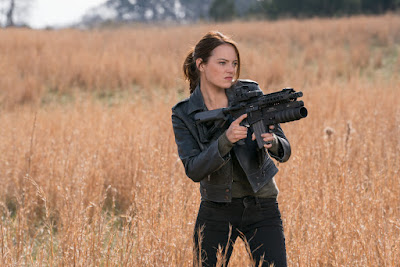 After going from one zombie-infected city to another for the first part of the movie, they finally stayed put and something triggered their inner fears and insecurities. It is still a fight for one's survival, and all the nitty gritty fighting will make you follow Columbus' rules and take note, just in case we experience a real-life zombie apocalypse. There are still some creative juices to make the entire film enjoyable plus new characters to look forward to. 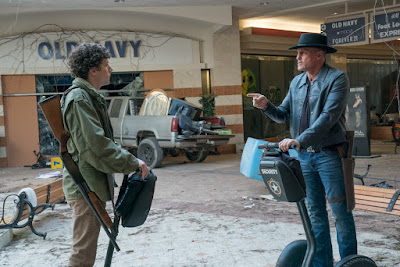 Violence, gore and bad ass words were still present, but mostly we can say that every scene somewhat relates to a comedic purpose. Emma Stone and Jesse Eisenberg's tandem is endearing and quite frankly, cute and funny. Abigail Breslin, on the other hand, really grew from a skinny girl to someone so perfect-looking for the role while Woody Harrelson generates an energetic Tallahassee minus his love for twinkies. 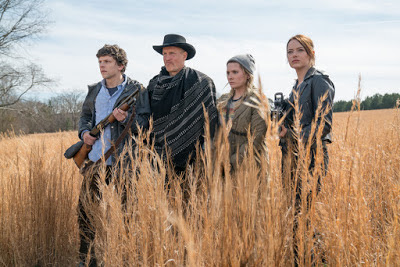 Overall, it is a great movie to watch but we recommend for you to make sure to watch the first installment for you to relate fully in this entertaining wild sequel.