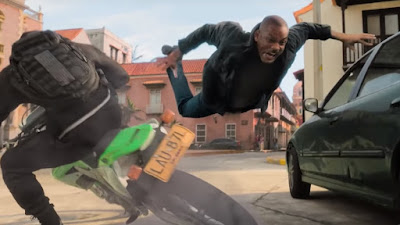 
Director Ang Lee shot the film in 120 frames per second (as opposed to the standard 24 fps), as well as in 4K 3D, which creates incredible visual and aural immediacy for the audience. 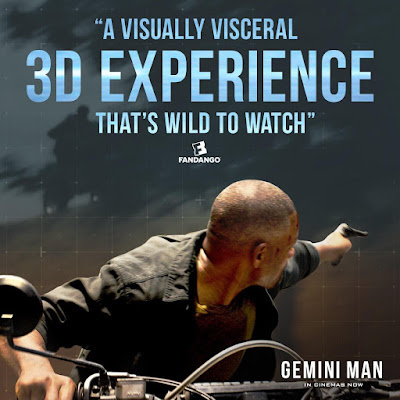 Gemini Man is the first major feature film to create a photoreal all-digital main human character.  Says the director: “Technology helps us to visualize what we want to see. I think that visual effects can be visual art, which we use to tell a story and to visualize what is abstract. You make the impossible visual. You preserve what’s in our imagination.

(Check out the VFX featurette at https://youtu.be/bhN-aK-7yLo.)

“Because movies are photorealistic by nature, digital cinema is more real, immersive, dimensional, our two eyes looking at it as much as we look at life,” adds Lee. “I think any media, certainly movies, are always progressing. I think taking people to a new world, a new possibility, a new existence, is exciting. Gemini Man has an exciting story to tell, but first we had to create a digital world, a movie world, to make that story possible.” 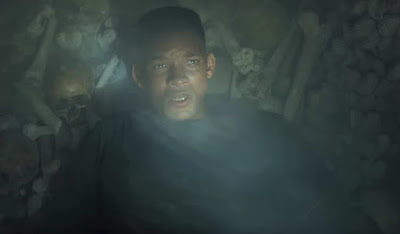 International superstar Will Smith stars in Gemini Man as both Henry Brogan, a veteran ex-Special Forces sniper turned assassin for a clandestine government organization; and, with the assistance of ground-breaking visual effects, as Junior, the mysterious younger operative with peerless fighting skills who is suddenly targeting him in a global chase which takes them from the estuaries of Georgia to the streets of Cartagena and Budapest. 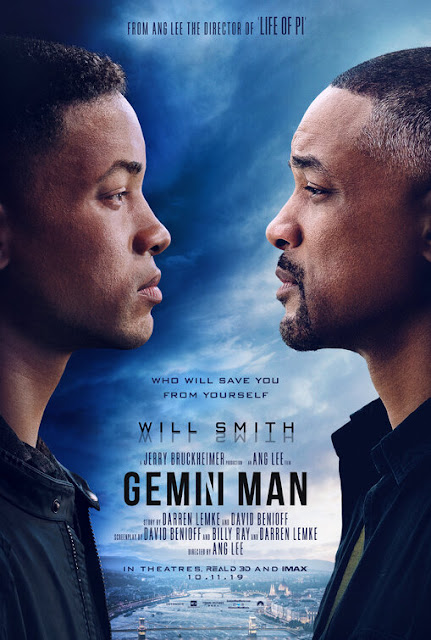