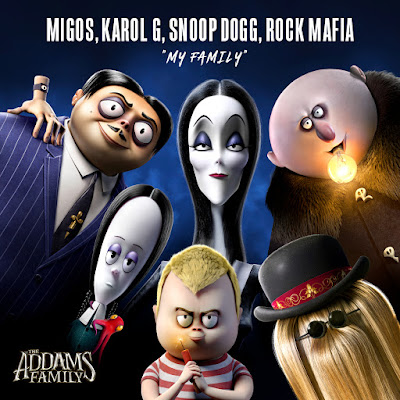 
(Check out the film’s trailer below)


Based on the famous New Yorker creations of Charles Addams, the kookiest family on the block is back on the big screen with an all-star voice cast led by Oscar Isaac, Charlize Theron, Chloë Grace Moretz, Finn Wolfhard, Nick Kroll, Bette Midler, Allison Janney, Elsie Fisher and Snoop Dogg playing IT.  Directed by Conrad Vernon (Shrek 2, Monsters vs. Aliens) and Greg Tiernan (Thomas & Friends, Day of the Diesels), The Addams Family will be released in Philippine cinemas on October 30.


"Christina Aguilera, Migos, Karol G, Rock Mafia and Snoop Dogg are all powerhouse talents. We could not have asked for a better lineup of global superstars to help audiences embrace the weird and celebrate the absurd with two brand-new songs that perfectly compliment this fresh fun take on MGM's beloved franchise, just in time for Halloween," said MGM's Motion Picture Group President, Jonathan Glickman. 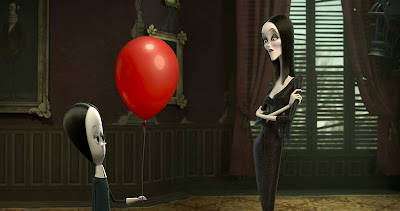 The first Addams Family track to be released "My Family," is performed by Migos, Karol G, Rock Mafia and Snoop Dogg. The song was written by Antonina Armato, Quavious Keyate Marshall, Carolina Giraldo, Danny Parra, Tim James, Calvin Cordozar Broadus, Jr. and Vic Mizzy and was produced by Rock Mafia. The track is being released by MGM Records and distributed by 12 Tone Music. "Haunted Heart," performed by Christina Aguilera, was written by Antonina Armato, Aguilera and Tim James and was also produced by Rock Mafia. "Haunted Heart" will be released later this month by RCA Records ahead of the film's debut. Both songs will be available for streaming and or download at all major music retail digital platforms.

About The Addams Family

The Addams Family’s lives are turned upside down when they realize the town next door is suddenly full of uptight suburbanites led by an over-the-top TV host who is trying to build the perfect world- her way! – and who will stop at nothing to get rid of a freaky family like the Addams. If that’s not bad enough, Wednesday has to go to public school for the first time, and Pugsley has to prepare for a big performance that the extended Addams family from across the globe will be coming to judge. What could possibly go wrong?” 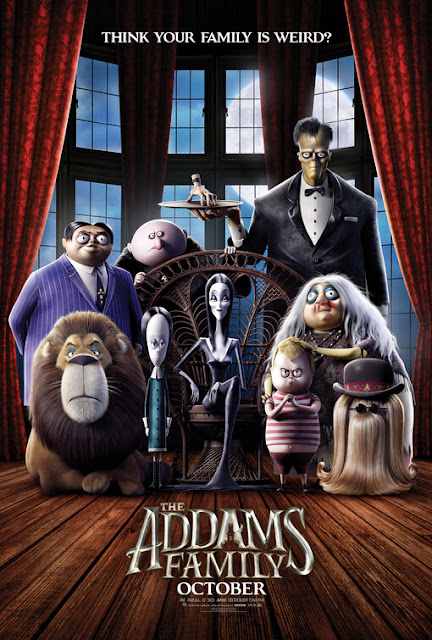