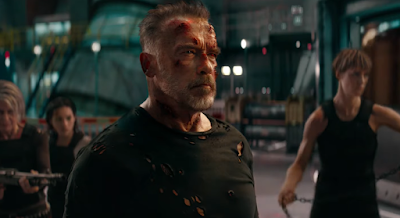 In 1984, visionary director James Cameron introduced a game-changer in the sci-fi-action movie genre with the first Terminator – a film that pulled audiences into a thrilling world of cyborgs, AI supercomputers, time travel, and alternate futures.


Now, the renowned filmmaker returns for Terminator: Dark Fate, working closely with the film’s current director, Tim Miller who breathes new life to the saga. Cameron describes Terminator: Dark Fate as a direct sequel to Terminator 2, one that recaptures the riveting tone of the original Terminator and its follow-up. “It has the same intensity, the same take-no-prisoners feeling and sense of abject terror,” he says.


Making Terminator: Dark Fate his own, Tim Miller shared how he balanced the fresh but familiar feel of the film. “We all felt strongly that the film should be in some way a handoff to new characters, but we wanted to continue the structure of the “trinity” consisting of hunters, protectors, and prey,” he says. 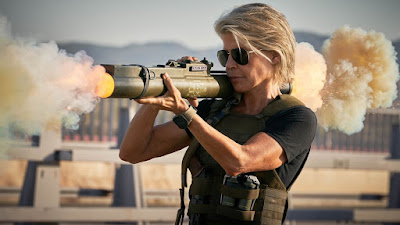 With the two films more than a decade a part, here’s a much-needed refresher on the events that led to Terminator: Dark Fate.

The Original Time Loop
Because of the success of the first Terminator and its unique premise, multiple stories and timelines have sprouted to create an expansive universe of alternate realities seen across the franchise’s different films and even series.  However, Terminator: Dark Fate, stems from the first time loop, kicking off 28 years after Terminator: Judgment Day.

“Above anything else, we wanted to create a return to form with Dark Fate. Terminator 1 and 2 hold a very special place in cinematic history, and we wanted Dark Fate to be a continuation of Jim’s vision for the franchise,” explains producer David Ellison. 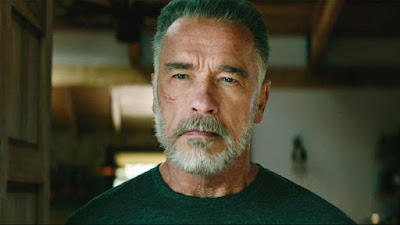 Kyle explains that in the future an AI supercomputer called Skynet launches a nuclear war on ‘Judgement Day’ that nearly exterminates the human race. Hell-bent on eliminating the remaining survivors, Skynet sent the Terminator to target Sarah because she will give birth to the leader of the future’s resistance - John Connor. As they face multiple dangers together, Kyle and Sarah fall in love, revealing that Kyle Reese is the father of the future leader. In a series of pulse-pounding events, they defeat the Terminator. However, Reese does not survive the battle.

The film’s success prompted a 1991 sequel, Terminator 2: Judgment Day (or T-2), setting a new standard for action films. T-2 introduced a more advanced – and more lethal – Terminator, the T-1000, played by Robert Patrick, and added Edward Furlong as Sarah’s son, John Connor, the future leader of the resistance. The film cost an unprecedented $94 million to produce — approximately 15 times the $6.4 million budget of The Terminator — and made extensive use of cutting-edge CGI to bring the two Terminators to vivid, terrifying life. It garnered several accolades, including Academy Awards® for Best Sound Editing, Best Sound Mixing, Best Makeup and Best Visual Effects, and became the highest-grossing film of the year, bringing in over $518 million worldwide. 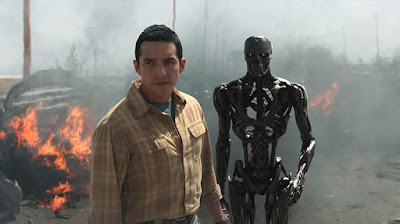 While three more Terminator-themed films and a television series were produced, T-2 marked the end of Cameron and Hamilton’s involvement — until Terminator: Dark Fate, which continues the story from Judgment Day in the present.

The Fate of the Future
Through the efforts of Sarah, John, and the T-800, Judgement Day is seemingly averted but 28 years later, a sudden turn of events intertwines the fate of a battle-hardened Sarah with a new set of heroes - Grace (Mackenzie Davis), an enhanced human super-soldier from an alternate time on a mission to protect Dani (Natalia Reyes), a woman who is the key to saving the future.

Their journey on the run from a highly-advanced Rev-9 Terminator (Gabriel Luna), leads them to an unexpected ally, a T-800 from Sarah’s past. Joining forces, they choose their destinies and fight for the fate of the future. 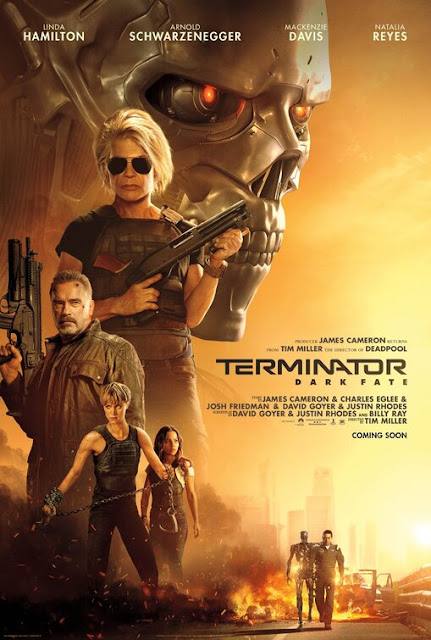