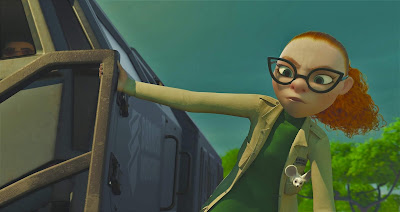 
In the film, when teenager Yi (Chloe Bennet) encounters a young Yeti on the roof of her apartment building in Shanghai, she and her mischievous friends, Jin (Tenzing Norgay Trainor) and Peng (Albert Tsai), name him “Everest” and embark on an epic quest to reunite the magical creature with his family at the highest point on Earth.


Paulson’s character, Dr. Zara is much more than she appears to be. On the surface, she is a British zoologist who loves animals and works to ensure their safety and well-being. Although she swears that her goal is to protect Everest, we wonder if the brilliant scientist is as wholly altruistic as she claims to be. 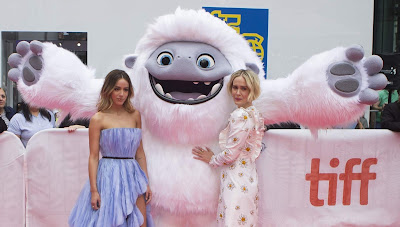 “I’ve always loved Sarah as an actress, and from the outside she appears so casual, so happy-go-lucky…but she is a perfectionist with her craft,” says director and writer Jill Culton.

For the actor, bringing life to Dr. Zara equalled a lifelong coming to terms of her own. Despite the success Paulson has found on screen, the actor assumed she’d never be able to work in animation. “Early in my career, I lost a job with a lot of voiceover because I have a sibilant ‘s’ when I speak,” Paulson says. “I was told that because of my slight speech impediment, it would be hard for me to get employed on a project with heavy voiceover work.”

Fortunately, what was a lifelong knack for off-the-cuff vocals ended up landing her the work. “I got on the phone with Jill, who had seen me on Jimmy Fallon doing certain impressions,” Paulson says. “She felt the film would be a natural fit, and I told her I was apoplectic about doing it, but she talked me into the film. It was empowering, and I credit the team for making me feel comfortable, and that I was the only one they wanted to voice Zara.” 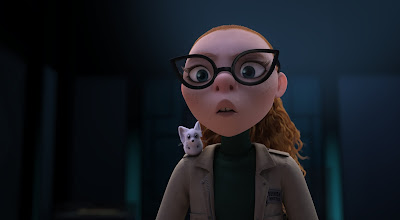 As she went through the years-long process of animation, the performer appreciated the level to which her director allowed her to tinker with the role. “Jill and I kept talking about how I could modulate the believability of the character. It was important to both of us that Dr. Zara not be a wallflower or overly meek at the top. She didn’t want to put that out in the world. The idea of Zara being a very capable scientist and a strong woman was very important, and it was to Jill whom I looked for guidance with the character. I relied solely on that. She’s a wonderful person.”

Paulson found that bringing life to her zoologist was both affirming and utterly terrifying. “Everyone I know who’s done voiceover work says it’s the greatest job in the world,” Paulson says. “I’m such a perfectionist, who’s been told I didn’t have a voice for this world, that I was nervous that I wouldn’t be able to give them what they needed. It was a big release for me that by the end of the process I did have fun. The team made me feel valued.”

Likewise, she appreciates that Abominable is for all audiences, and that its core message is one of empowerment. “I’m grateful to be a part of a movie that I’m so proud to send my two nieces off to, and they’ll see that their Aunt Sarah was a part of this entire universe,” Paulson says. “It’s a powerful thing to say to them, ‘This is a movie written and directed by a woman, produced by women and starring women. Look what you can do. Being a woman is an asset, not a hindrance. Go out and shake things up.’” 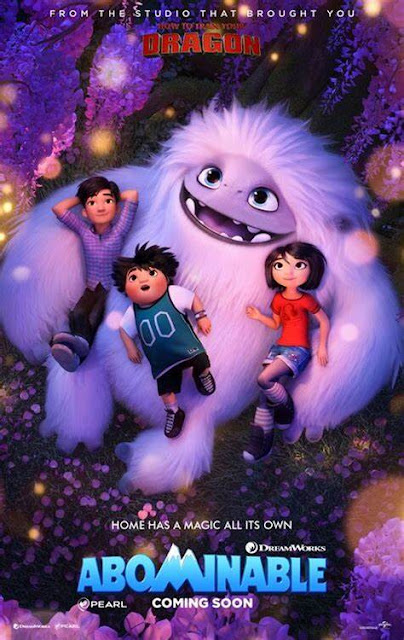