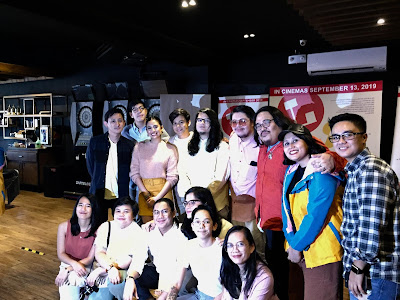 Pista ng Pelikulang Pilipino is on year three and boy we are excited with its promising line-up. The entries announced has their own story to tell, and one of the films that I am watching first is "LSS" by Director Jade Castro.

LSS stars real-life sweetheart Khalil Ramos and Gabbi Garcia, who are both excited to share the beauty of their film. Gabbi said that this was the first time he saw Khalil in his workplace and he is proud that he always there to lend a helping hand for anyone in need. She already knows that Khalil is a great actor and gives his 100 percent with pure professionalism.

Khalil retaliates by praising Gabbi as she brings so much energy in the set and is willing to collaborate with everybody. He also stated that this was the best working experience ever as he was able to work not only with his special someone but also with talented people behind and on cam. 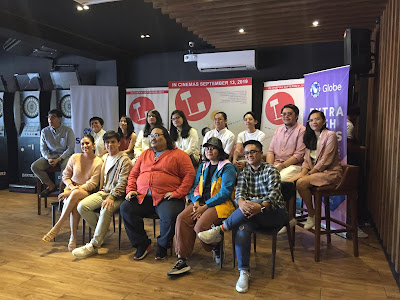 Creative Producer Emmanuel Dela Cruz says that this film is two years in the making. He was excited to cast Khalil Ramos as he knew that he is a great actor after he saw him at Honor Thy Father. It is also a blessing that they've got the go signal for Gabbi Garcia as the two is handled by different networks.  The fact that they got the green signal for both means a lot. They are also proud to see the fast-rising band Ben & Ben acted like a pro in their debut film.

Synopsis:
In a series of missed connections and virtual song duets, we see the individual lives of Zak and Sarah are MFEO (meant for each other), but are seemingly parallel lines, destined to never meet until a major Ben & Ben concert brings them together for a whirlwind romance. 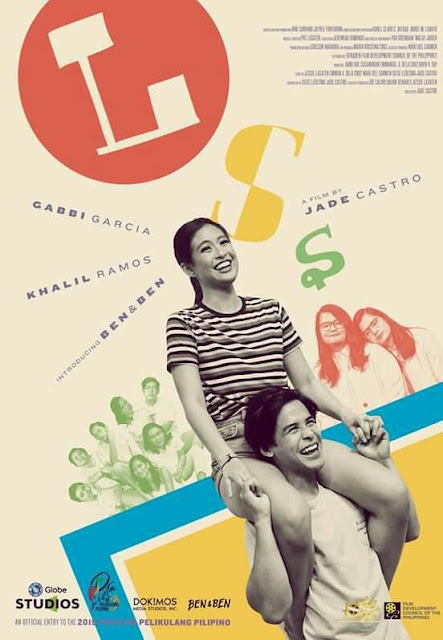 LSS opens September 13-19 in cinemas nationwide. It is an official entry to the Pista ng Pelikiulang Pilipino 2019. Directed by Jade Castro and produced by Globe Studios, Dokimos Media Studios Inc. and Ben&Ben.