Everest The Yeti Must Find His Way Back Home in “ABOMINABLE” 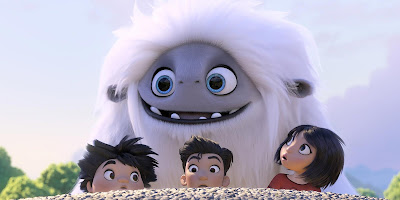 DreamWorks Animation and Pearl Studio’s upcoming comedy adventure Abominable tells the story of Everest, a massive Yeti who is the age-equivalent of a 9-year-old human boy.

The wounded creature has escaped from a secret facility—where he was being experimented upon—and is understandably terrified of humans. Although he doesn’t speak, he is so expressive and has such a big personality that it is always clear what he’s thinking.


Far from his home and family, Everest must rely on teenaged girl Yi (voice of Chloe Bennet) and her friends to get him back to the Himalayas. He is curious and playful but can be a beast at times. Like all kids, he plays hard, doesn’t know his own strength and his moods are changeable. His relationship with Yi is deep and forms the emotional core of the film. Everest has the power to control nature, as all Yetis do, but he hasn’t quite mastered his abilities, often to hilarious effect. 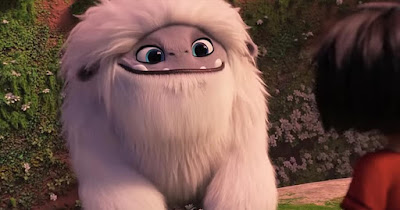 Everest does not speak, but he does have his own distinctive style of communication. To give voice to him, the filmmakers turned to Joseph Izzo. An actor who had worked as a story/editorial production supervisor on the first phase of Abominable, Izzo did a number of vocalizations that the crew used as a temp track. But it was not until director Jill Culton returned from hiatus that Izzo was officially cast as Everest.

Although Izzo’s vocalizations were meant to be temporary, Culton and her production team fell in love with the performer as Everest, and eventually couldn’t see anyone else portraying him. 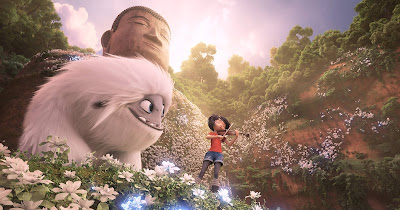 Izzo has a self-professed goofiness to him, which reminded Culton of the silliness of her pets. That allowed them to make Everest more curious about nature and life. “You ascribe those noises to your pets when you look at them, but Joe can give vocalizations to them,” Culton says. “He became everyone’s pet on steroids. He embodies the best sides of them and how silly and curious they are. We wanted the audience to see the world through this new, innocent way—whether it’s experiencing koi fish or turtles for the first time or being in nature. This character grew up on Mt. Everest and was captured and put into a facility. This is his first time out in nature and exploring. We wanted everyone to go on that journey with our kids and Everest.”
Over the course of production, Izzo became the owner of a big dog himself and infused Everest with a blend of several creatures, all inspired by his beloved bernedoodle, Marty. “Everest’s sounds are a mix of ape, with a lot of dog and a bit of horse in there,” Izzo says. Still, the voice is always reflective of the artwork. “You need to stick to the design as much as possible,” Izzo says. “Everest has this big mouth, big voice and big teeth…but he reminds me of a friendly gorilla. He started out more beastlike but has softened up over the years. It helped to lighten up his character thinking of little subtleties my own dog has. Everest is smart but can’t vocalize too much. It came down to giving him subtle grunts and reactions.” 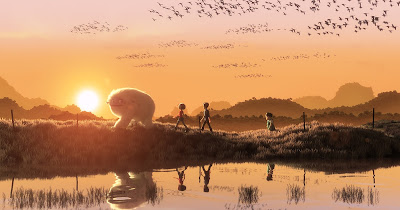 “Everest is just so cute,” actress Chloe Bennet says of the character. “It was so fun to see his evolution, the noises he makes and the combination of how the filmmakers got to that place of creating this lovable icon. If you love animals, the power of having a stressful day and coming home to an animal that you love is so real. Anyone who cares about animals can relate to Everest. He’s very real to me.”