Welcome Back The Returning Heroes in “THE ANGRY BIRDS MOVIE 2” 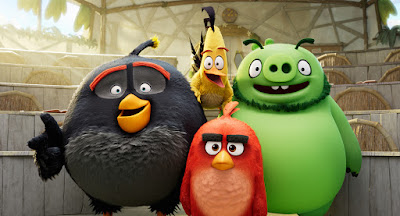 Back to anchor Columbia Pictures’ all-new adventure The Angry Birds Movie 2 are our three angry birds Red, Chuck, and Bomb, and leader of Piggy Island, Leonard.

But having experienced a heroic adventure in the first film, the flightless trio have undergone some changes. “Each character brings something unique to the table to help get the job done,” says producer John. Cohen.

Following the events of the first film, Red, voiced by Jason Sudeikis, has achieved “hero status” on Bird Island, a badge of honor he wears proudly. He’s now dedicated his life to keeping the population of Bird Island safe from all outside forces. But don’t let the heroic exterior fool you: Red still lacks some of the basic social skills needed to fully connect with other birds and has some deep-seated insecurities. 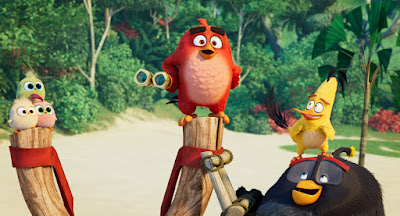 So, there’s still some room for Red to work on himself – as a hero and as an “angry bird.” “We wanted this film to be a new type of hero story and to focus on the next stage of Red’s development,” Cohen adds. “Red doesn’t yet fully understand that trust and teamwork can get you a lot farther than you can go on your own, and he’s a little reluctant to embark on the journey to Eagle Island because he’s worried about losing everything he’s built since he led the battle against the pigs.”


Like all the returning cast members, Sudeikis had a deep emotional investment in his character.  “What I love about Red is how he slowly transforms as this adventure unfolds,” Sudeikis reveals. “As a parent of two kids, myself, and just as a person currently on planet Earth, the film’s themes of working together and trying to empathize with your fellow man – or bird – are timely and important.”

Super-speedster Chuck remains by his best buddy Red’s side and is the catalyst for Red’s emotional journey. As brought to life by Josh Gad, Chuck thinks and talks fast – and moves even faster. Despite his frenetic energy and lack of a filter when speaking, Chuck’s speed proves to be a vital tool in the mission to Eagle Island. But the addition of Chuck’s brainy sister Silver propels the character to new heights. “Josh Gad couldn’t wait to push Chuck even further, and have him be even more hyperactive and manically funny,” says diretor Thurop Van Orman. “It was fun to experience with Josh how much more ‘pushed’ Chuck could be.” 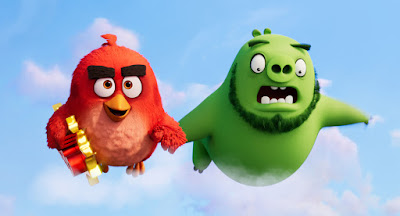 The original big three is rounded out by Bomb, who’s a bit of a dim bulb with a big heart. His larger-than-life personality and size make the superteam anything but subtle – but Bomb’s willingness to try anything will help the squad in a time of need. Popular comic actor Danny McBride reprises the role, which Van Orman notes is a perfect match of character and artist. “Danny is one of the funniest people I’ve ever worked with,” he enthuses. “I’d keel over laughing during his voice recording sessions.”

The uneasy and hilarious détente forged between Red and Leonard is captured by Sudeikis and Bill Hader, who returns as the leader of Piggy Island. When Leonard arrives at Red’s doorstep with a story about a third island whose leader is planning to destroy both their islands, Red has no choice but to (reluctantly) trust him. Still, Leonard remains narcissistic and manipulative, as he and Red jockey for control of the superteam of frenemies they’ve assembled. Bill Hader, who recently finished the second season of HBO series “Barry” and will soon be seen in It: Chapter Two, is back as the officious pig, bringing his formidable comedic skills to the role. “Bill is super-smart and super-funny – and always knows when he nails a scene,” marvels Van Orman.

About The Angry Birds Movie 2

The flightless angry birds and the scheming green piggies take their beef to the next level in The Angry Birds Movie 2! When a new threat emerges that puts both Bird and Pig Island in danger, Red (Jason Sudeikis), Chuck (Josh Gad), Bomb (Danny McBride), and Mighty Eagle (Peter Dinklage) recruit Chuck’s sister Silver (Rachel Bloom) and team up with pigs Leonard (Bill Hader), his assistant Courtney (Awkwafina), and techpig Garry (Sterling K. Brown) to forge an unsteady truce and form an unlikely superteam to save their homes. 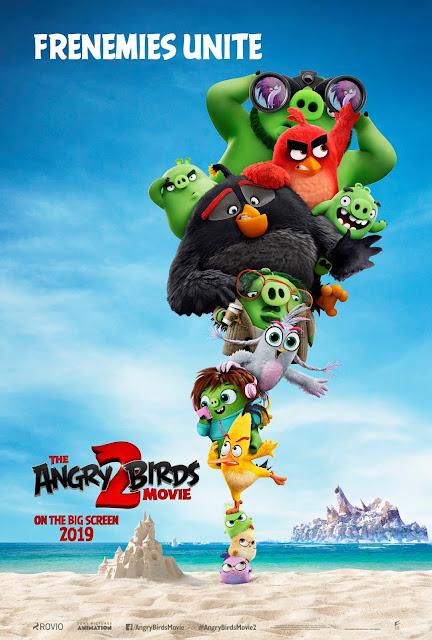 The Angry Birds Movie 2 is distributed by Columbia Pictures, local office of Sony Pictures Releasing International.  Use the hashtag #AngryBirdsMovie2