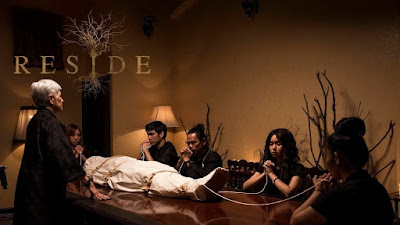 Thai films have made a mark on the local screens for the past couple of years with decent flicks such as “Bad Genius,” “Brother of the Year,” “Homestay,” and most recently “Friend Zone.” These films from Thailand brought something new on the table to entertain the Filipino audiences. This time, another Thai film is set to step on the Philippine soil via the upcoming horror film “Reside.”

This marks the reunion of Ananda Everingham and Natthaweeranuch Thongmee, who both terrified the audience in the unforgettable Thai horror classic “Shutter” in 2014. What makes “Reside” more interesting is the fact that it was written and directed by Wisit Sasabatieng, whose earlier works have won international awards from different film festivals. 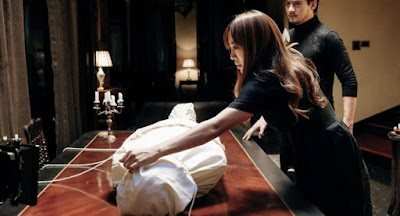 For “Reside,” director Wisit was inspired by the idea of possession and parapsychology or the study of different situations which can’t be explained scientifically—such as paranormal activities, psychic phenomenons and other unearthly happenings. “I’m interested in what happens when someone’s personality suddenly changes like in the movie ‘Primal Fear’ where Edward Norton switches in seconds from a good person to a scary person,” Wisit shared in an interview. He noted that his latest masterpiece is not just a simple ghost movie nor an overly used Thai style black magic, but a hybrid horror picture with his own take on a Hollywood possession genre.

Synopsis: In a stormy night at an isolated mansion, 6 people in black are gathering, lead by “the mother”. They are now practicing a mysterious ritual with an unknown body, not knowing that it would summon a wandering spirit to come into their residence. Haunting happenings follow its entrance, the terrifying spirit possesses members and no one has any clue who will it go for next or when. It does not only desire to fear but to bury its roots and take complete control on the innocent soul here. 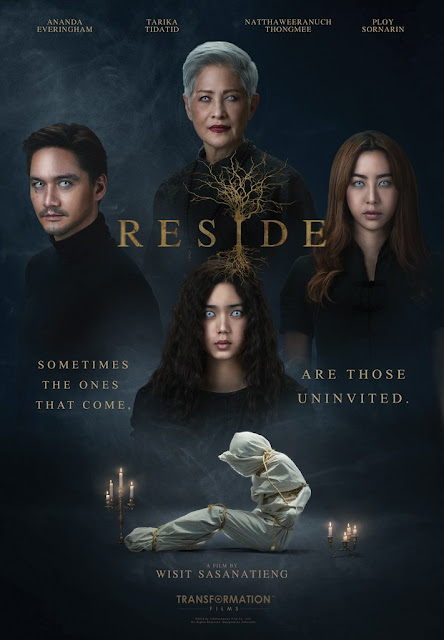 Check out the trailer below:
Coming Soon Reside Trailers