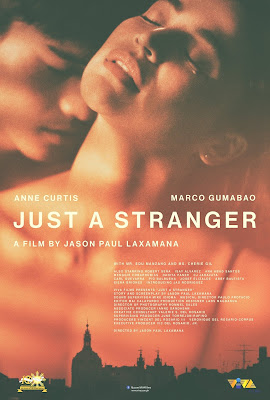 Anne Curtis has shown her versatility for the past decade as she already starred in a lot of films with different types of genre. She is the main reason why the love affair themed film blossomed when "No Other Woman" sparked in 2011. Since then, these become a trend to the local industry with different stars tries to replicate the same success of that film. Now, Anne returns to the roots of the role she always wanted to do but with a much younger lead in Marco Gumabao and sensational director in Jason Paul Laxamana.

Eyebrows were raised when the trailer was released as the age gap between the two lead stars isn't evident with their looks. This is where Director Jason Paul Laxamana capitalized with his creative writing. He managed to slide in a lot of humor to the material filled with "tita" jokes which the stars played with conviction. Yes, the age gap might be a factor but the stars simply acted well on that age bracket keeping us convinced from start to finish.

As for the story, it  has a different approach to the said love affair theme. You can see an unusual structure, especially when it finally reached the payoff ending. The steamy scenes were intensely made, and I love how they worked on the entire cinematography. You also got a nice set of songs to back all the emotions you'll going to feel while watching.

What makes the film unique is the fact that Anne Curtis and Marco Gumabao brought their A-game into making the script come to life. It feels so realistic as the connection between the two lead stars were palpable throughout. Anne Curtis was just flawless in her performance, and this might be her most daring role yet. She gave her all and made the crowd go nuts in the final sequence when she spits out those spicy lines. Marco Gumabao, on the other hand, finally unlocks his full potential and shows what he is capable as a leading man.

Overall, Just a Stranger totally separates itself to the other mistresses love affair themed films. It  stood on its own ground and offered a lot more with a deep material that is definitely heartfelt and somewhat relatable. You also have a free trip to the beautiful scenery of Portugal aside from the gorgeous Anne Curtis which is fiery and feisty at the same time.


Lakwatsera Lovers rates it 9 out of 10 stars