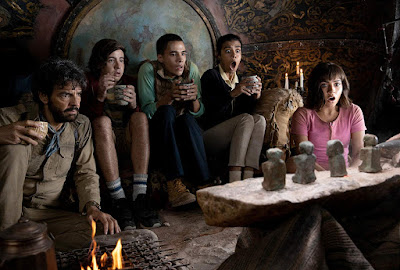 Paramount Pictures has just released a couple of videos for its critically-acclaimed family adventure Dora and the Lost City of Gold, opening in Philippine cinemas August 14.
The first video has the film’s lead star, Isabela Moner, greeting `Ola, Philippines!’ (`Hello, Philippines!), while the second featurette introduces the talented cast assembled by the filmmakers.  The videos may be viewed below.
Philippine Greeting: https://youtu.be/unJC2TnYBPY
Cast Featurette: https://youtu.be/Ybeeny1NU7c
An internationally beloved heroine springs to life on the big screen in Paramount Pictures’ Dora and the Lost City of Gold, the feature film debut of Dora the Explorer, the iconic Latinx trailblazer whose exploits have delighted parents and children alike since her 2000 Nickelodeon debut.
In her first live-action adventure, the now-16-year-old Dora (Isabela Moner) leads an action-packed expedition through the Amazon jungle to rescue her parents from treacherous treasure-hunters while also facing her scariest challenge yet ― high school! 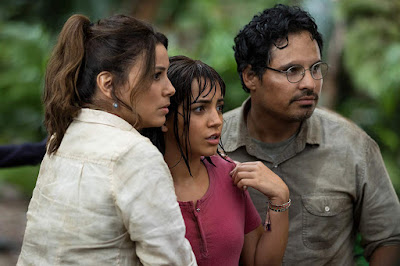 An idyllic early life spent exploring the rainforest with her zoologist mother Elena (Eva Longoria) and archaeologist father Cole (Michael Peña) has done nothing to prepare Dora to face down the most unpredictable creature on Earth, the American teenager. Sent to stay in the city with her abuelita (Adriana Barraza) and her cousin Diego (Jeff Wahlberg), Dora finds herself in a blackboard jungle where her wilderness skills do her little good.
A school field trip to the local Natural History Museum seems like familiar territory to the intrepid traveler, until she and three friends are abducted by a band of thieves who need her to track down her parents and what could be the richest archaeological find in history: Parapata, the ancient Lost City of Gold. Transported to Peru, Dora and her friends are rescued from the bandits by Alejandro Gutierrez (Eugenio Derbez), a mysterious jungle inhabitant. Dora and her simian sidekick Boots (voiced by Danny Trejo) lead a trek into the unknown to save her parents and solve the mystery behind a centuries-old lost civilization. 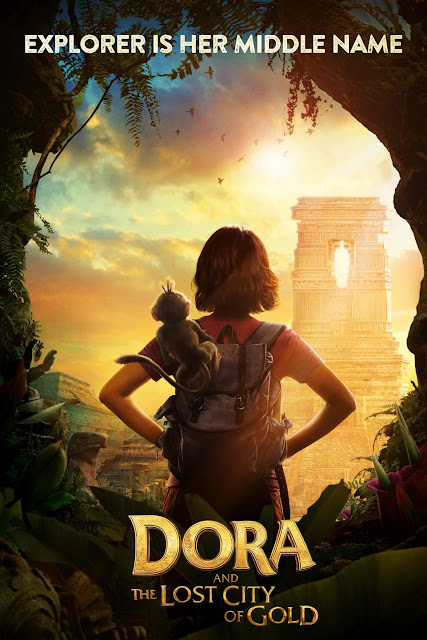