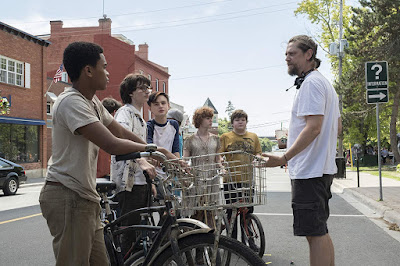 Reprising their roles in Warner Bros. Pictures and New Line Cinema’s “IT Chapter Two” as the young members of the Losers Club are Jaeden Martell as Bill, Wyatt Oleff as Stanley, Jack Dylan Grazer as Eddie, Finn Wolfhard as Richie, Sophia Lillis as Beverly, Chosen Jacobs as Mike, and Jeremy Ray Taylor as Ben.


There was one problem, though. The young Losers by then were not as young by three years since “IT Chapter One.” Producer Barbara Muschietti acknowledges, “Physically, most of them changed quite radically, and we knew we were going to employ some de-aging techniques for the flashbacks.

“They’re all really amazing kids,” she continues, “like Ferraris, so fast and brilliant, and they all found each other on the first film. Having them back, we could literally watch them regress to their 13-year-old selves. They’re now all young adults with strong careers, but when they’re together, they return to that summer and they’re all still kids…burping on each other, just having a great time. I love that and hope they never lose it.” 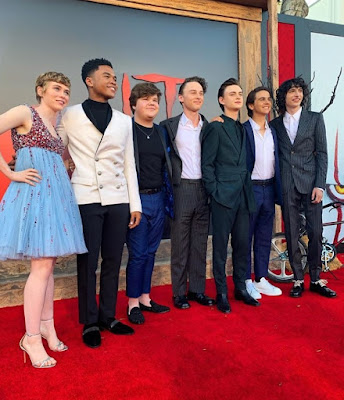 In “IT Chapter Two,” twenty-seven years after the Losers’ Club defeated Pennywise, he has returned to terrorize the town of Derry once more. Now adults, the Losers have long since gone their separate ways. However, people are disappearing again, so Mike, the only one of the group to remain in their hometown, calls the others home. Damaged by the experiences of their past, they must each conquer their deepest fears to destroy Pennywise once and for all...putting them directly in the path of the shape-shifting clown that has become deadlier than ever. 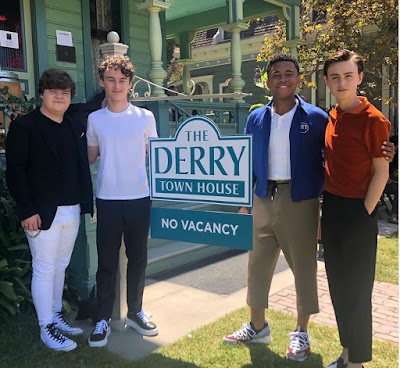 To include the time jumps back to 1989, Muschietti says his goal was to integrate the flashbacks “into the main plot and the journeys of each of the Losers, not just have them exist as character scenes. For example, we see Ben as a lonely boy, afraid of ending his days alone. We get a glimpse of Beverly, where it’s clear that she loves her father, despite his treatment of her. These behaviors play out all through their lives, with relapses and cycles that become worse and worse. But, they have an origin in something specific, something we didn’t know about the Losers as children and something we haven’t seen until now.”

After filming “IT,” the teen actors kept in regular contact. Finn Wolfhard, who returns as Richie, remembers, “We’d heard rumors, mostly from each other, that they were going to bring us back. We later went for dinner with Andy and Barbara, and they confirmed that we would be a part of the second movie, without much specifics. Then, one of us would see Andy, who’d mention a scene that we were going to be in, and that got around. We were piecing it together, really, until we got the official email. Our scenes turned out to be flashbacks that actually tell more about our characters, stuff that audiences don’t really know about, until Chapter Two. Of course, it was great being back together on the set. But what was really cool was us getting to tell a bigger story about that summer.” 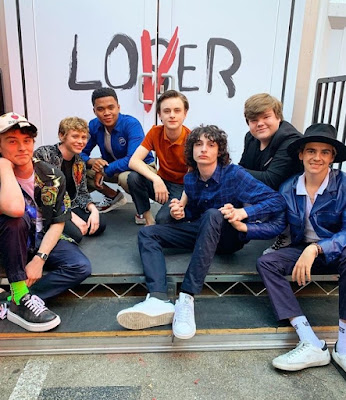 Wyatt Oleff, younger Stanley, surmises, “I think as 12- and 13-year-olds, a lot of the Losers—before Pennywise, anyway—had a lot of normal fears for that age, all very childish and carefree. But once they come back as adults, they have a lot more responsibilities, a lot more to lose. They are risking their lives. Before, it was more about surviving. For them to come back together, risk everything, because of an oath they made when they were 13? That’s pretty powerful.”

That formative experience of being in the Losers’ Club together is what sets its seven members on their life paths. Andy Muschietti comments, “‘Loser’ carried a bad connotation when the characters meet, but they chose to call themselves the Losers’ Club, implying a sense of communion and a shared strength. When the adults return after 27 years of being alone while they pursue their lives and careers, they realize that there was nothing more meaningful and substantial in terms of emotion than being part of that club. That’s what they mean when they say, ‘We’re Losers…and we always will be.” 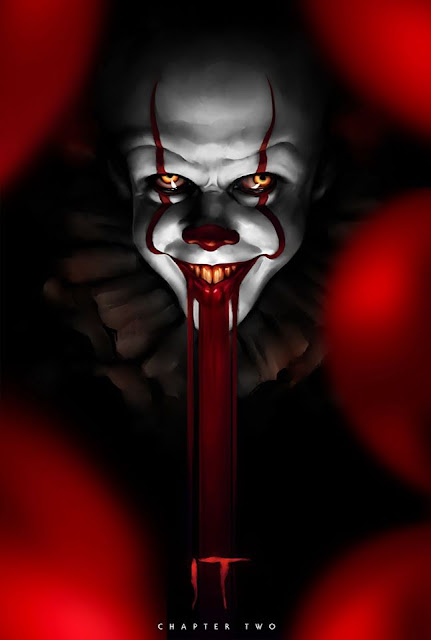