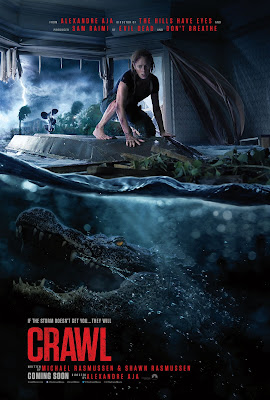 
If you are thinking that Crawl looked like a straight-to-DVD feature, well you should think again. I can't remember a film this year that made me scream and jump out of my seat at the same time. Honestly, I was too tired when we attended the special screening of Crawl last night, but guess what this adrenaline pumping masterpiece gave us the instant energy boost we needed to our bodies.

Yes, there are a lot of Crocodile / Alligator films out there and quite frankly, Crawl easily tops our list and with the smart script, it never goes wrong in delivering the excitement and shock value from start to finish. 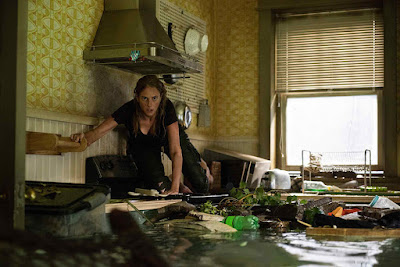 The film clocks in at 87 minutes, but it was never felt rushed at any point. It was compressed in a decent way where all the surprise boxes were instantly popping for the viewer's delight. We love the fact that they maintained the level of intensity and will just simply leave you clueless on what would happen next. The gator designs were pretty amazing too, and you know that they really shell out some cash to make it look real on the screen.

Crawl also got a huge boost from a very committed Kaya Scodelario. Her presence alone made the entire film credible by all means. She gave out a solid performance and kept the film afloat from start to finish. You also got a reliable Barry Pepper, who delivers a worthy and quality support to our lead star. The father and daughter combo connected well and kept us from cheering them for their survival. 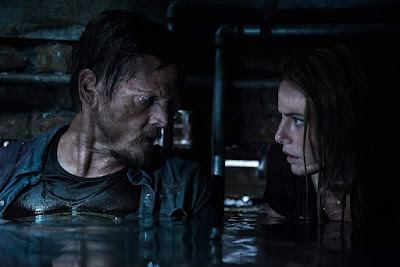 Overall, Crawl is a tight and efficient creature feature which will leave you thrilled and tensed throughout. This is the best alligator film we've seen in a long while, and it is a solid movie you can easily recommend to anyone.