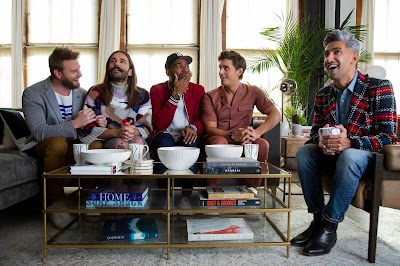 The Emmy® Award-winning Queer Eye returns ready to transform the stylistically challenged and into hip and happening savants at the hands of the Fab Five. Now in its fourth season, Queer Eye’s fearless ambassadors of taste return to Kansas City to bring their infectious brand of self-love, confidence and encouragement to a whole new roster of heroes.

About Netflix
Netflix is the world's leading internet entertainment service with over 148 million paid memberships in over 190 countries enjoying TV series, documentaries and feature films across a wide variety of genres and languages. Members can watch as much as they want, anytime, anywhere, on any internet-connected screen. Members can play, pause and resume watching, all without adverts or commitments.