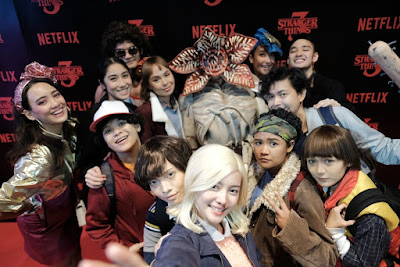 Popular personalities such as Kaila Estrada, Inah Estrada, Emmanuelle Vera, and more dressed up as your favorite characters and experienced 1985 Hawkins in Manila.

MANILA, PHILIPPINES - JULY 1, 2019 - Netflix Philippines launched the highly anticipated third season of Stranger Things, with a premiere screening of the first episode of the new season.

Held at Cinema 3 of Bonifacio High Street Cinemas in Central Square Mall, fans experienced the immersive, dual world of Hawkins in #StrangerThings3: the neon-lit Starcourt Mall and the eerie Upside Down.
Guests, all decked out in their ‘80s best, kick-started their adventure in Hawkins with an Instagrammable bike installation that let fans feel like they were fleeing from monsters. They were then greeted into the activity booths by the neon Starcourt Mall archway, which led to the red carpet. 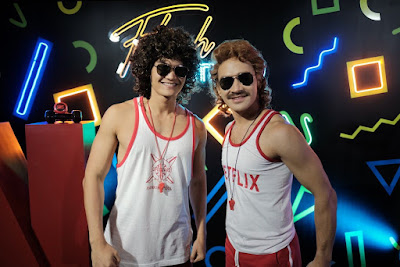 Javi Benitez (left) as Billy
Fans were transported into Summer 1985 with Starcourt Mall’s most popular shops, including an ‘80s aerobics gym, where they posed in colorful workout wear — complete with ankle warmers, of course. After all, if one summer can change everything, then you better get your beach (or pool) bod ready! 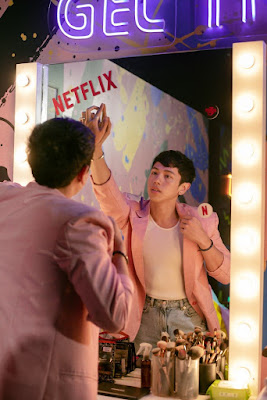 It isn’t the ‘80s without flashy looks, so Starcourt Mall also had a glam beauty salon where guests donned fabulous outfits (hello, shoulder pads!) and struck a pose for the camera. 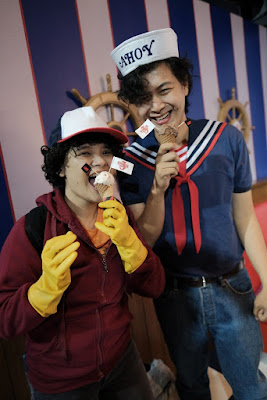 Fans unleashed their inner Steve at Scoops Ahoy, where they dressed up in the show’s sailor uniforms and enjoyed their frozen treats. 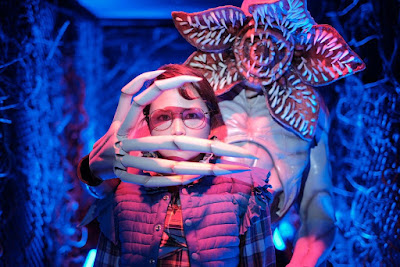 At the opposite of Starcourt Mall was the dark and creepy world of the Upside Down — actors dressed in Hazmat suits guarded the entrance, while the ominous tentacles led guests into the dangerous portal of the cinema.

The premiere was attended by popular Filipino personalities and Stranger Things fans who came dressed as iconic characters from the show: 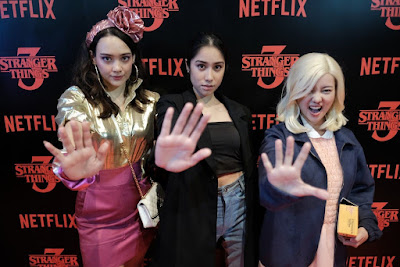 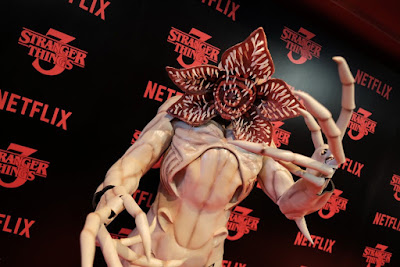 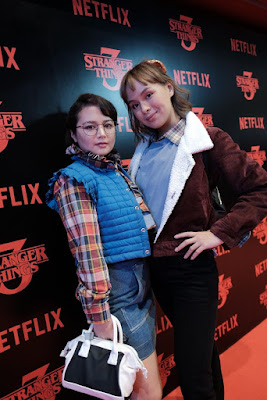 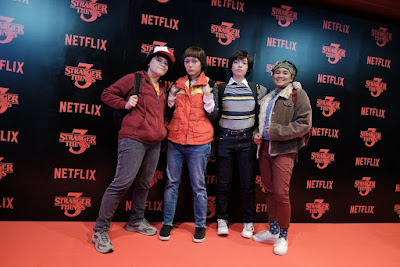 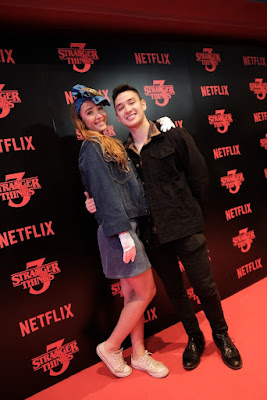 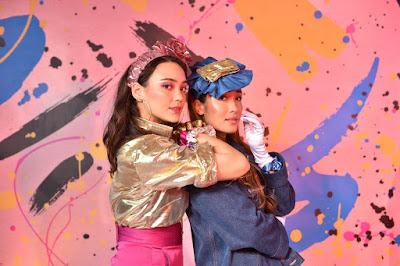 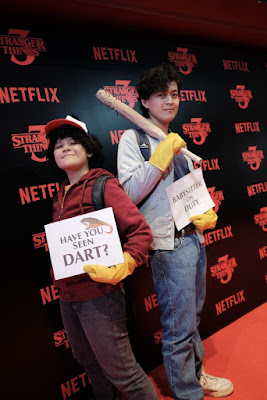 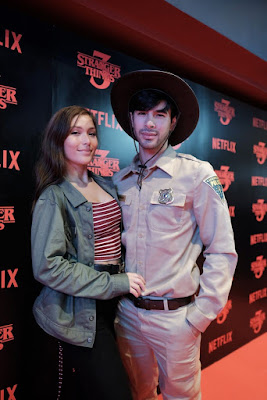 About Stranger Things 3:
It’s 1985 in Hawkins, Indiana, and summer's heating up. School’s out, there’s a brand new mall in town, and the Hawkins crew are on the cusp of adulthood. Romance blossoms and complicates the group’s dynamic, and they’ll have to figure out how to grow up without growing apart. Meanwhile, danger looms. When the town’s threatened by enemies old and new, Eleven and her friends are reminded that evil never ends; it evolves. Now they’ll have to band together to survive, and remember that friendship is always stronger than fear.