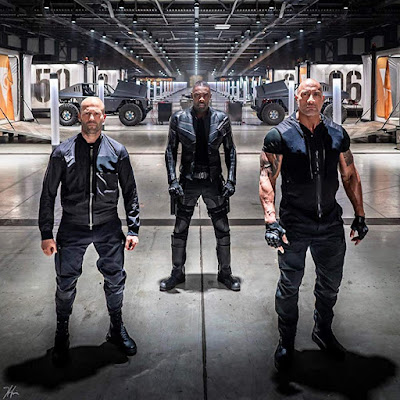 With every new chapter in the Fast franchise, the stakes are exponentially higher, and the villains exponentially more indomitable. For the spinoff film Hobbs & Shaw, the filmmakers needed to create a new type of nemesis unlike any in the history of the franchise—a mold-breaking adversary worthy of the two fearless heroes Luke Hobbs (Dwayne Johnson) and Deckard Shaw (Jason Statham).

Enter Idris Elba as Brixton Lorr, an indestructible super soldier, one of their first cyber- and mechanically enhanced prototypes produced by Etheon, a global shadow organization that has perfected cyber-genetic technology. Brixton isn’t just a machine with artificial intelligence, he’s a brilliant man with formal military training and a background in covert operations, who can do everything better than anyone else. Making matters worse, he’s not just some psychopath or greedy mercenary. Brixton is a true believer in a global cause. He’s on a mission to save what he believes is an overcrowded planet. Etheon’s plan to kill off half the population is, in Brixton’s mind, for the greater good. 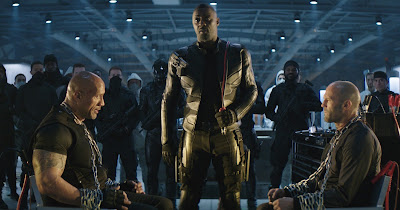 With Etheon’s resources at his disposal and a superhuman body as a weapon, Brixton has every advantage to thwart Hobbs and Shaw at every turn. It leaves them with no option but to rely on one another as the time is running out for Hattie. “Hobbs and Shaw are in a place where they truly believe they don’t need each other,” screenwriter Chris Morgan says. “Even as Brixton repeatedly pounds that lesson of defeat, pain and failure into them, they still realize that if they have any chance of defeating this guy, it’s going to take everything they’ve got, and it’s going to take them getting in sync for the first time in their lives to do it.”

Idris Elba is an actor known for gravitating towards emotionally challenging roles steeped with conflict and drama, so the complexity of playing a cyber-enhanced super soldier piqued his interest. “The Fast world is super exciting to me, not just because it’s one of the most successful franchises ever, but because I felt I would love to be a part of something that was going in a new direction,” Elba says. “David, Dwayne and Jason really wanted to tackle something slightly different, and I was all in. The character of Brixton is a real step away from the kind of characters I get to play. I’ve played some bad guys in my time, but he is definitely the most complicated I’ve ever played. He’s basically a war machine, there’s no stopping him.” 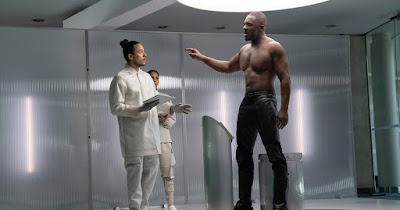 With a highly specialized military background, Brixton Lorr strikes hard and fast and is always two steps ahead of Hobbs and Shaw both strategically and physically. He also takes perverse pleasure in squaring off against his fellow alpha males, knowing that the odds are in his favor. As Elba delved deeper into the character, he and Morgan began to piece together a back story of the superhuman soldier. Was there any humanity left in there or had binary code obliterated it all?

“Brixton certainly is appreciative of his enhancements and who he is now,” Elba says. “He brags that he’s a better version of himself. But he’s still in there. His personality is intact, and he’s very much a warped man whose been through a lot. There’s a darkness behind his eyes that reflects all of that. As with all experiments, he’s a bit of an anomaly and very scary because of his capabilities. He wants what he wants and will stop at nothing to get it.” 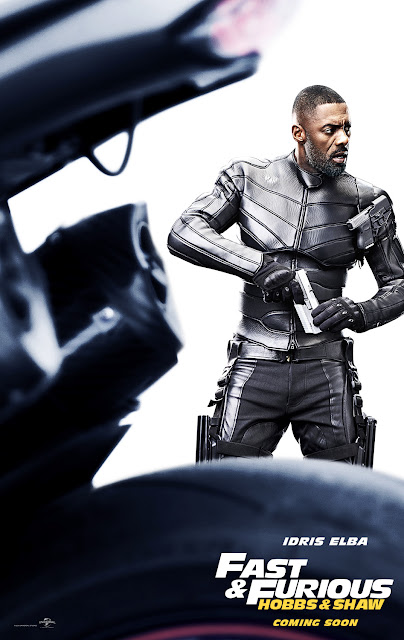