First Images of Dracula are Unveiled, as Further Cast Join the New BBC One and Netflix Series 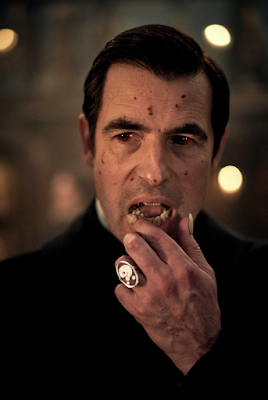 The first pictures of Claes Bang as Count Dracula have been revealed, as filming continues on the forthcoming series. Commissioned by BBC One, Dracula – written by Sherlock’s Mark Gatiss and Steven Moffat - will be produced by Hartswood Films and is a co-production between BBC One and Netflix. 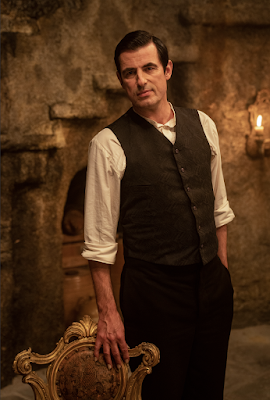 Dracula (a Hartswood Films production) was commissioned for BBC One by Charlotte Moore, Director of BBC Content and Piers Wenger, Controller of BBC Drama, and is a co-production with Netflix. It is written and created by Steven Moffat and Mark Gatiss; executive producers are Mark Gatiss, Steven Moffat and Sue Vertue for Hartswood Films, Ben Irving for the BBC and it will be handled by Larry Tanz and Carolyn Newman for Netflix.

The series will premiere on BBC One in the UK and on Netflix outside of the UK and Ireland.

About Netflix
Netflix is the world's leading internet entertainment service with over 148 million paid memberships in over 190 countries enjoying TV series, documentaries and feature films across a wide variety of genres and languages. Members can watch as much as they want, anytime, anywhere, on any internet-connected screen. Members can play, pause and resume watching, all without adverts or commitments.