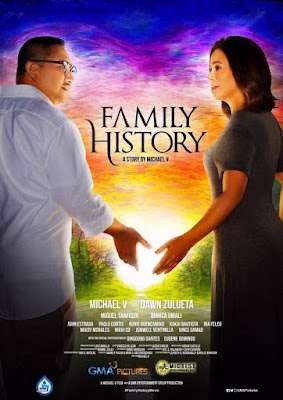 Honestly, when we first saw the trailer of Family History, it didn't bring so much appeal and made us wonder why did Michael V decided to make a family drama instead of a pure comedy film which is his forte and could be more comfortable breathing ground for a comedian like him. We also thought that the trailer had given so much clues and details on what would really happen in the entire story. However, after watching it last night, all my questions were finally answered, and it's quite surprising as the film was remarkable from start to finish.

Family History has a serious story line and basically looked like that it would offer a huge weighty tone throughout. But as we all know Michael V's resume, he wouldn't let the comedy pass by with his work. He mixed it throughout the entire playing field where in his timings were perfectly adjusted and made it lighter even the scene is already pretty heavy and heart breaking. 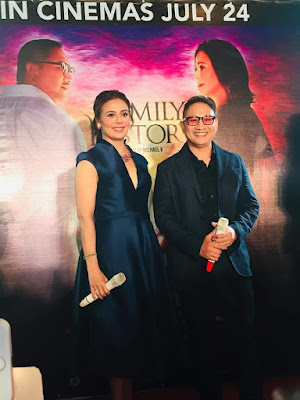 He has done it all in this film as he is the writer, producer, director and even the lead talent in this project. You can really feel that they have given a lot of effort in putting up this film, and we are happy to see them succeed. The trailer was just a glimpse of a masterpiece, and it is very different from the what you are going to see in the full feature.

As for the technical aspects, the shots were pretty clean, and it didn't look like the typical Filipino movie where in, they gave out their own flavor. We just find some of the shots repetitive, especially whenever they change a shooting location. 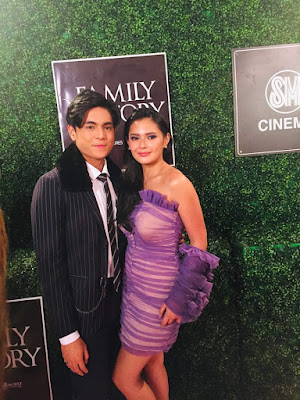 Dawn Zulueta effortlessly gave her A-game into the picture and Michael V just simply creates his magic not only as a director but also as the lead star. He will make you cry in an instant but will counter punch it with a comic material and quickly change the mood. Miguel Tanfelix and Bianca Umali were a colorful addition and made sure that performances were felt. The supporting characters were indeed a gem with the likes of Paolo Contis, Kakai Bautista and Nonie Buencamino adding more comedic touch to the picture. You also got Ina Feleo and John Estrada who both responded well even they didn't have a lot of screen time.

Overall,  Family History cements Michael V's legacy as one of the most brilliant minds in our industry. He managed to create a light family drama in his directorial debut that is rich in story and mixed perfectly with an all-around comedy. It is also relatable and filled with moral values throughout. This is one of those films that is worth the price of admission even if you watch it 46 times.