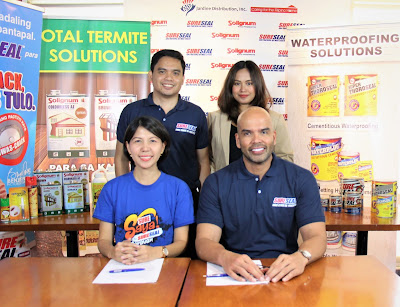 As a family man, certified do-it-yourself enthusiast, and skilled “handy man around the house,” Paras has always trusted JDI products and services, particularly SureSeal Elastomeric Sealant, which he uses to effectively repair leaks in the house.

“I am grateful to JDI and SureSeal for making me an endorser for the fourth consecutive year. As I have mentioned before, I was a longtime SureSeal user before I signed up to pitch for the product. I can assure all homeowners that you will be in good hands when you use it,” Paras stated during the contract signing.

SureSeal, an elastomeric, solvent-release, temperature curing sealant, is applied in various substrates as an effective sealing and bonding agent. When cured, it transforms into a strong, rubber-like gasket that offers reasonable contraction, motion, and expansion of connected elements without losing adhesion. 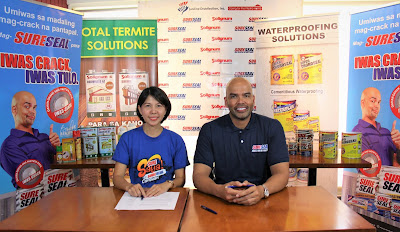 Best used in GI roofing, PVC pipes, downspouts and gutters, SureSeal is made of polychloroprene rubber, resulting in very tough adhesion of joined substrates. It is also available at a much affordable price compared to other elastomeric sealant

Jardine’s line of Waterproofing, Adhesive and Sealants, Wood Preservative and Protection, and Home Pest Solutions are available at leading supermarkets (Shopwise, Rustans, Wellcome), DIY stores (Handyman, Ace, Citi, and Wilcon), and in your nearest hardware store, among others. Jardine products are also available online at https://www.lazada.com.ph/shop/jardine-distribution-inc/. For more information, go to www.jardinedistribution.com.ph.